"To stay in business, chile farmers are going to have to have a little bit of help," said Glen Duggins, president of the New Mexico Chile Association.

The New Mexico Department of Agriculture was forced to suspend the “Chile Labor Incentive Program” earlier this month after the New Mexico Supreme Court ruling.

In August, Gov. Michelle Lujan Grisham approved using $5 million of federal COVID relief funds to fund the new program. The Supreme Court ruled she did not have the authority to decide how those funds were spent.

The program was designed to help chile farmers bring on more workers amid a national labor shortage. The New Mexico Chile Association said $2.8 million was spent to bring on more than 3,200 works before the program was suspended. Industry leaders are worried the remaining $2.2 million might be spent somewhere else, forcing chile farmers to pay their new workers out of pocket.

“You know with this big cut in the growers budget, who are already working on such tight margins, we’re expecting to see a decrease in acres planted due to this financial hit,” said Travis Day, director of the New Mexico Chile Association.

The association said there were roughly 8,500 acres of chile planted in 2020. Without more financial assistance, chile farmers may be forced to cut back on acreage next year.

“There’s always going to be a need for labor in agriculture, but we’re going to have to look at a labor shift to really move forward in the future,” Witte said.

He said new technology is being developed to mechanize the chile-picking process. He said those new machines will create better, high-paying jobs that will be more attractive to workers.

Chile farmers say this year’s harvest will likely not be affected, but they can’t afford to wait for new technology to solve the labor shortage.

"We’re going to harvest it, of course we are, we have to, and we have to right away, regardless of the state whatever they do. The impact is going to be the bottom line of the farmer. If he can’t make any money, he’s not going to plant it anymore, I mean that’s where it’s at,” said Duggins. 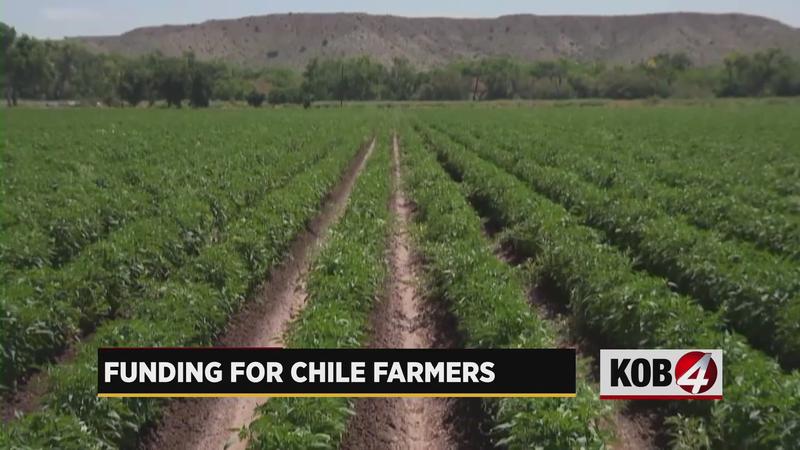