ALBUQUERQUE, N.M.- New Mexico State is coming off a split with Seattle.

For the second week in a row, the Aggies won on Saturday after losing the opener on Friday.

The Aggies will return to the court Friday against Utah Valley.

Coach Chris Jans said he’s seen progress in his team, but he wants to see more.

"That’s a good sign, but that’s just not enough," he said. "It’s not enough for myself my staff the players that have played here, the fan base. I know it, we all know it the players know it. They’re not happy." 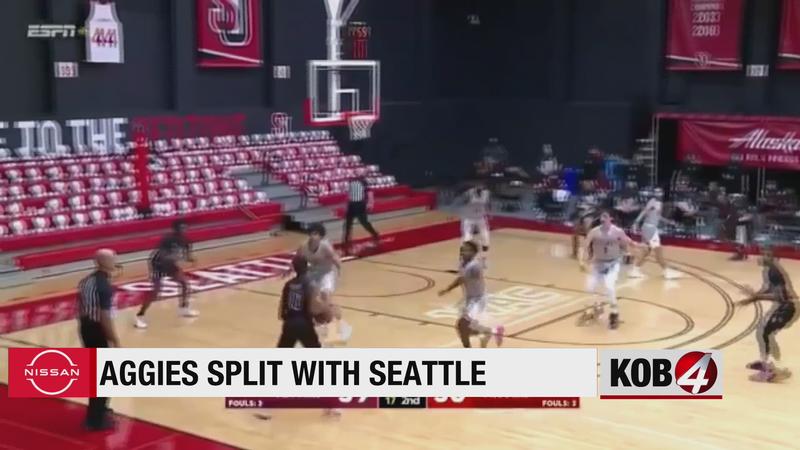