ALBUQUERQUE, N.M. – The last major renovation to the Albuquerque Sunport was nearly 30 years ago, and now the city says it’s time to make some major changes to the state’s busiest airport.

The Sunport has an iconic southwestern style – from the brick floors to the adobe walls and wooden ceilings. But certain aspects like restaurants before security are outdated designs for an airport and will be one of the major things that are changed in the next few years.

“It predates Sept.11 having a large restaurant outside security doesn’t really make sense so we are going to fix that problem and create more room for security,” said Tim Keller, Albuquerque mayor.

The plan is to move security forward to where the restaurants are – that way the space where the TSA currently is will be opened up for new restaurants.

“The relocation of the TSA checkpoint will add 24% more square feet to this space and that will absolutely allow us to add more offering to our passengers as they travel through,” said Lisa Leyva Sunport Development manager.

These plans are really focusing on the traveler’s experience and making the airport layout more modern while keeping that iconic southwest design.

Right now these plans are expected to take 3 years, but the mayor pointed out that it could take longer – these next 8 months will be dedicated to the design process then construction will start around next fall.

“It looks great we love this airport but under the skin it has a ton of needs,” said Keller.

And those needs have an $85 million price tag, but the city says that money is already in the budget.

“Funding for this major project comes from revenue generated by the aviation operations and from federal construction grants. No tax dollars will be used for this project, all funding will come from airport revenues,” said Richard McCurley, the interim director of aviation. 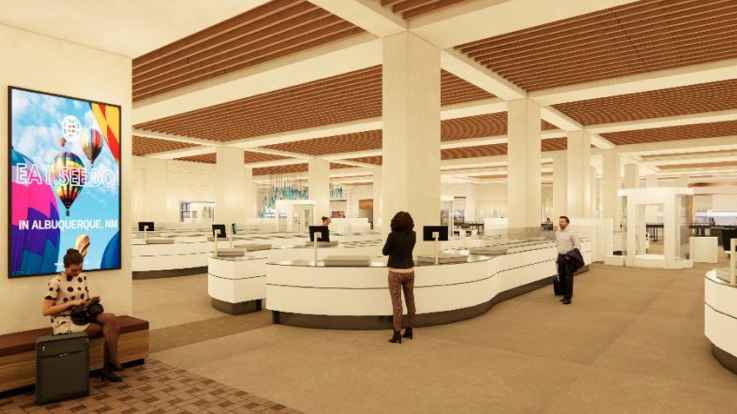