ALBUQUERQUE, N.M. – People saw a storm like this in the metro just a couple of years ago, but we can learn from the mistakes we maybe made back then.

Andrew Church with the National Weather Service says this storm is going to be very similar to the ones that hit the metro in October and November 2020.

"It’s similar to those systems in how it’s set up but this system is even colder than those ones," said Church.

That cold is going to create potentially dangerous driving conditions.

"This snow is not going to melt anytime soon," Church said

Which is going to be the biggest challenge for Albuquerque road crews.

"What makes it even harder is once we clear those roads, if it continues to snow," said Patrick Montoya director for the Department of Municipal Development. "You’ve already got a frozen surface and now it’s covered with snow, which makes it very deceiving for the motorist because they think they are driving on snow but they are driving on ice."

"If you don’t have to be out and about during the storm, stay home," said Murray.

If you are staying home, be sure to have your thermostat set no lower than 55 degrees. And make sure your sprinkler system is off and drained, and any pipes or faucets outside should be covered, failing to do so could not only cost you but take a while to fix.

"We like to remind folks that when we do have these cold snaps we get a lot of calls from folks who do have frozen pipes, and so your wait times are going to take longer and it’s going to take longer than it normally would to get someone out to do an emergency turn off,” said David Morris public affairs manager for the Albuquerque Bernalillo County Water Utility Authority.

If you do have to go out during this storm, be sure to give yourself plenty of time, rushing isn’t going to do you any favors. 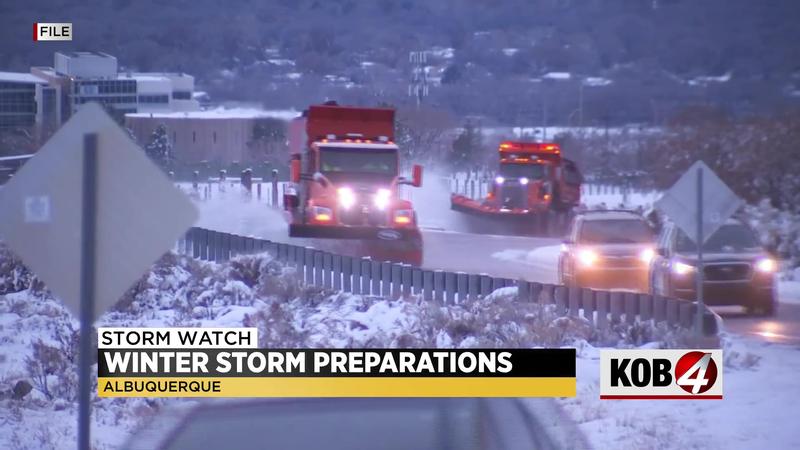