ALBUQUERQUE, N.M. – The City of Albuquerque launched the Problem Properties Program earlier this year. Now, two addresses will soon come off their list of problem properties – and to say neighbors were happy, is an understatement.

It was a moment five years in the making Wednesday.

City officials said these two properties on Mesilla Street in southeast Albuquerque generated 100 calls for service in the last year.

“A lot of those calls were for items such as fires criminal incidents, and not only do they endanger the neighborhood but they also endanger our first responders,” said Alan Varela, interim planning director.

Wednesday starts the weeklong process of knocking it down – a $40,000 job.

“In some situations, such as this one, the owner for whatever reason simply makes a decision not to do anything about it,” said Varela.

But even after it’s knocked down, the lots will likely remain vacant until the liens are paid back and the owner decides to sell.

“He still will own the parcels themselves. Again, he still has to maintain them for the weed, litter ordinance and all other ordinances within the city, but he does retain ownership of the property of the lots,” said Angelo Metzgar, division compliance manager CABQ Planning Department.

It’s still a sign for neighbors that this will make way for something much better.

“This is a real statement that we are not giving up,” said Mayor Tim Keller. 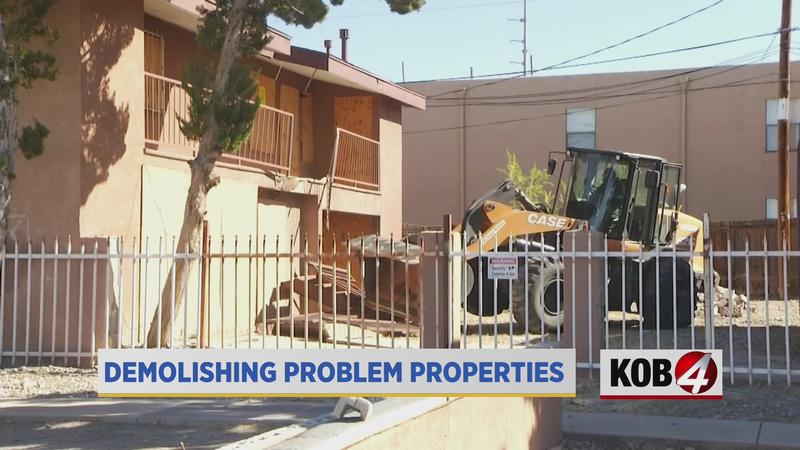