ALBUQUERQUE, N.M. – There are grand visions of revitalizing downtown Albuquerque and city leaders broke ground on phase one Tuesday.

The Rail Trail is the idea of putting a bike trail and walking path next to the railroad tracks – with cool new shops, restaurants and public art – in the hopes that it will bring some life to a part of Albuquerque that really needs it.

City officials say phase one includes taking out a fence and adding a little bit of road to increase access from downtown by the Convention Center to the east part of downtown, on the other side of the tracks.

"I think it’s a great idea, I have a building down here, I love it," said Lynda Latta. She’s got more than three decades in the Duke City and said in that time, downtown Albuquerque has kind of stayed the same.

"I’m not sure if it’s changed that much. We have a lot more homeless,” Latta said.

City officials said there are plans to make the area more walkable for everyone.

"To improve the cool factor in the city,” said Kelly Ward with Innovate ABQ. Ward represents part of the private partners in the Rail Trail vision, raising funds.

The city has $5 million locked into continuing the road over the tracks and improving access to areas like the Convention Center to east downtown. It’s set to be completed in the spring of 2022.

Phase one is the Marquette Crossing. Phase two is creating a path from Lomas to Tijeras and phase three would be connecting it all the way to the Rail Yards.

"But, one day it might even all the way, wrap around to Old Town, because there is a rail track that goes down there. So, that’s like our phase three, four and five vision that we’re asking our legislators for,” said Mayor Tim Keller.

There is a chance to access some federal funds for this project, especially with the new infrastructure bill passed in D.C. 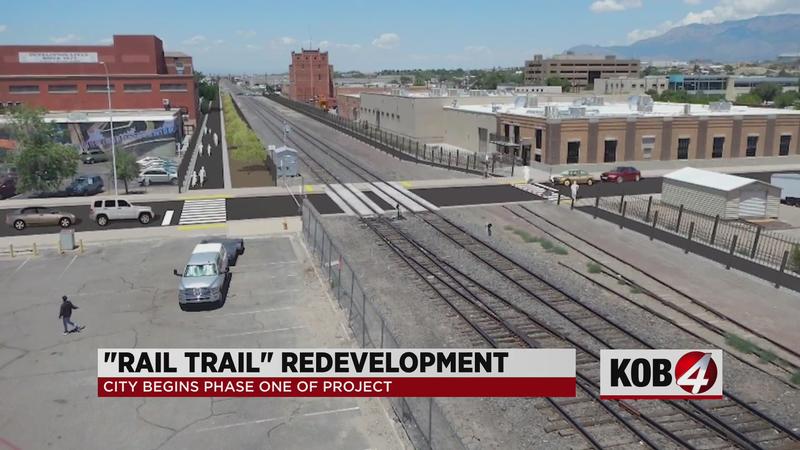