ALBUQUERQUE, N.M.- Bernalillo County Sheriff Manny Gonzales’ bid to get public financing for his campaign for Albuquerque mayor has been denied.

Gonzales was hoping to receive $660,000 to publicly fund his campaign.

He had applied for public financing in June, but the Albuquerque city clerk denied the request.

The Keller campaign filed two ethics complaints. They allege widespread fraud and forgery. Gonzales’ campaign is accused of illegally signing the names of more than 140 people, claiming they signed the documents to help with his financing. 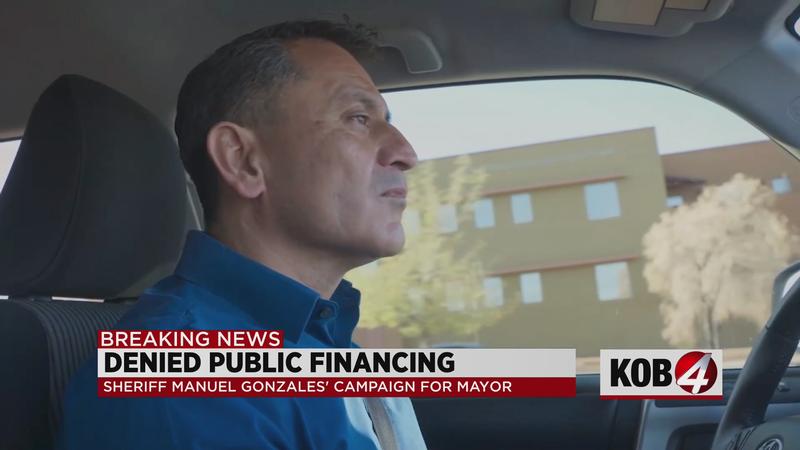 In a letter that was sent to Gonzales’ campaign, the city clerk said, "The Office of the City Clerk cannot provide that certification on the record as it stands today because of the obligation all officials have to safeguard public funds.

Barring an appeal, Gonzales’ only option will be to raise money for his campaign through private donations.

KOB 4 reached out to the Gonzales campaign for comment, but did not receive a response.