Gonzales applied for over $650,000 in public financing but was denied by the city clerk in July.

A judge reversed the decision Aug. 27, saying the clerk didn’t allow Gonzales to properly defend himself against campaign fraud allegations.

On Wednesday, the city went through the allegations against the sheriff as ordered and gave Gonzales a chance to defend himself.

After this week’s hearing, the clerk stated the Gonzales campaign "submitted materially false statements to the clerk’s office." The bid for public financing was denied for a second time. 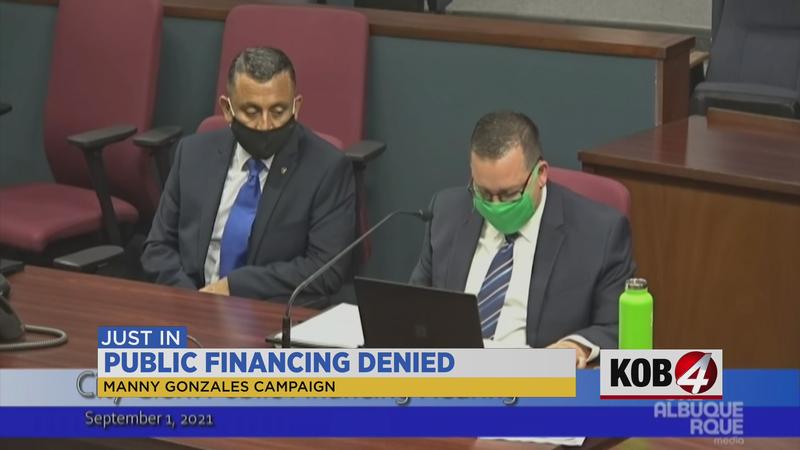 KOB 4 reached out to Gonzales and his campaign for comment on the clerk’s decision. They have not responded yet.

“Today, the City Clerk performed his duty in refusing to turn over more than $650,000 in taxpayer dollars to the Gonzales campaign. Earlier this week, the District Court affirmed the essential role that the clerk plays in certifying candidates for public finance dollars, and the Clerk’s decision was made after two separate entities and an independent investigation found evidence that Gonzales violated the City’s election rules. Despite being given an additional hearing to address the violations and present evidence in his defense, Gonzales instead chose not to participate in the proceeding. It is unfortunate that Gonzales continues to lodge politically motivated attacks on public officials to undermine democratic processes."