The city council can put the possibility on the ballot for $50 million for property, design, development and construction of a public stadium.

“The stadium is not just for the here and now of Albuquerque, but for the future, for my kids, for my grandkids,” said city council meeting attendee.

The money for the new stadium would come in the form of gross receipts tax revenue bonds.

“I’m here to speak against the use of $70 million in public financing to build a brand-new soccer stadium. Tim Keller, the mayor, said we have ‘earned’ a stadium, but I want to ask what have the working people have to do to "earn" a cancellation of their rent debts, their medical debts,” said a meeting attendee. 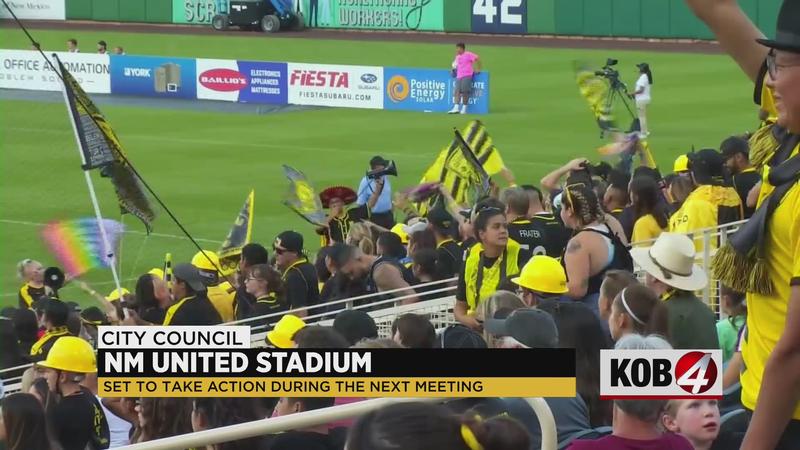 If passed by the council, then it will head to the ballots for a vote in November.

Also introduced tonight, legislation called for a study to improve the safety of our arroyos, after losing four New Mexicans in drainage ditches in the past few weeks, due to heavy flooding.

The city council also accepted recommendations from the balloon landing task force, asking the city to invest in areas to ensure there are enough landing spots for balloonists.

One possibility would be spending up to $70 million for a 91 acre lot near off Osuna and Paseo del Norte.

“I think it’s really important to take this task force opinion and come out saying ‘ok, these are people that are really experienced, these are people who really want to help Albuquerque out,’ but also we have to find ways to have balloon fiesta continue thriving while not continuing to limit it,’” said a meeting attendee.

These are just recommendations and will eventually have to come up with final plans and funding sources.