ALBUQUERQUE, N.M. – It has been a tough two years for tourism in the Duke City – like most places. Now an economic shot in the arm is on the way to help advertise everything Albuquerque has to offer.

“Right now, the reality for us with the budget we have is that we traditionally only have the marketing dollars to do an aggressive spring and summer campaign,” said Tania Armenta, president and CEO of Visit Albuquerque. “This is going to give us the opportunity to have a marketing campaign on behalf of Albuquerque for four seasons, reach into new markets.”

Starting in July, hotel guests can expect to see an additional 2% added to check-out fees. It will be collected from around 150 hotels within the district.

“This has been something we’ve been discussing for quite some time and hoteliers agree, now is the time to do it,” said Armenta.

Armenta said the fee will grow the marketing budget by almost $5 million. The current budget is around $6.5 million. Right now, she said it’s hard to compete with neighboring states.

“The benefits will definitely outweigh the cost. Yes, we will get some resistance from a few of our guests that stay, but most guests that travel, somewhat frequently, will see this charge almost anywhere they go,” said Imesh Vaidya, CEO of Premier Hospitality.

Armenta said nearly 200 cities have already implemented something similar. Vaidya said he is in support of the move, with just one reservation.

“It affects hotels but it leaves out the short term rentals and they’re going to benefit from this just as much as the hotels will,” said Vaidya.

Armenta said they plan to look closer into that aspect in the future. For now, they are eager to get Albuquerque back out there.

“When people come in to our community they’re contributing not only to hotels and lodging but also to restaurants, to attractions, to various experiences here, all of that benefiting local jobs, increasing the overall employment opportunities and the ability to share our Albuquerque experience with them,” said Armenta. 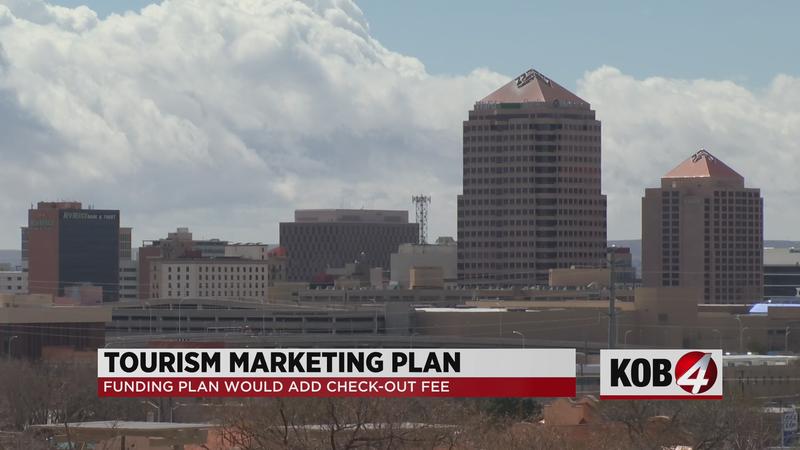