“Coming based off of last year and the depression and anxiety that was happening based off of COVID and isolation, people are deciding to take their lives more and more. We want to make sure to do whatever we can to get in the way of that,” said Brook Bassan, Albuquerque City Councilor for District 4.

The gun locks were handed to people in a drive-thru set up at two different locations. The idea is that a lock, which can be used on any gun, can help prevent thieves from using it, accidental shootings and help prevent suicides.

“We’re going to make sure to help reduce suicide. If we create that vital pause in somebody that’s contemplating suicide, then they might actually change their mind,” said Bassan.

Kristen Muerer, an employee with APS, believes the gun locks could give children and parents extra time to seek help. 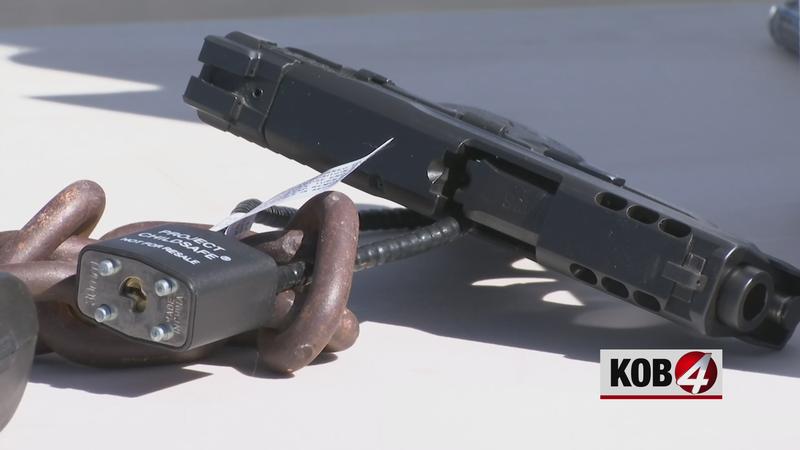 "Sometimes it’s just impulsive, and so we want to take that impulse away,” said Muerer.

Gun locks are still available to the public. The APD stations, City Councilors Bassan and Klarissa Peña can be contacted for a lock and pamphlet.