ALBUQUERQUE, N.M. — The City of Albuquerque has started handing out at-home COVID-19 tests in areas that were determined to need the tests the most.

The city is working to distribute around 80,000 at-home tests – the first round of supplies from the federal government – starting in areas of high social vulnerability. The Barelas Senior Center was one of the first stops. City officials were handing out kits Friday.

“A lot of seniors, unfortunately, may have more issues with health and we want to make sure that they can be safe and feel like they can come to the center or go do other activities by having a test in their hands,” said Alan Armijo, associate director of Senior Affairs for the City of Albuquerque.

Each person who stops by gets four kits – eight COVID-19 tests total.

“Well you see, it’s a precaution and if everyone took precautions we wouldn’t be in a position that we are right now,” said Benjamin Garcia, a local resident who picked up some test kits Friday.

Garcia and his daughter Dolly stopped by Friday, eager to have one more tool to help get in front of the virus.

The city has 25 locations designated for distribution, including community centers, libraries, and local organizations. Eventually, there will be test instructions in 12 different languages – a way to provide access to every New Mexican.

“These tests have been needed from the very beginning now they’re finally getting into the hands of people,” said Michelle Melendez, director of Office of Equity for the City of Albuquerque. “Testing is going to be one of the best strategies to stop the transmission.”

For more information about the test kit distribution, click here. 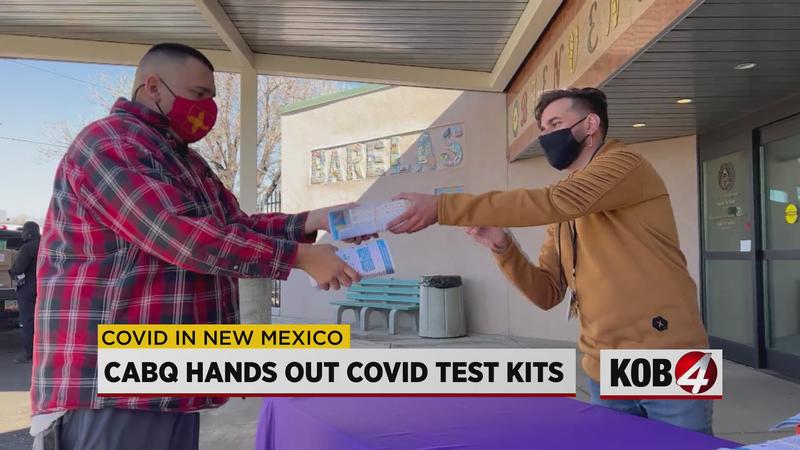