ALBUQUERQUE, N.M. — The city of Albuquerque hosted a gun buyback program Saturday in hopes of getting more guns off the street.

“I’ve been here since 8:30, and we have had lines and droves of people surrendering their guns, and I’m also seeing some knives being surrendered as well as ammunition,” said Albuquerque City Councilor Cynthia Borrego (District 5).

“Especially in the month of May being Mental Health Awareness Month, this component is really drawing in the community safety part to say that if we can get one gun off the streets, out of the hands of someone who may be in a crisis, that’s a success,” said Councilor Lan Sena (District 1).

Each returned gun was checked into a police database to see if it was stolen or part of a crime.

This ensures that each firearm doesn’t end up in the wrong hands.

“Some people have unwanted firearms in their homes that they don’t know what they want, what they can do with it, how to get rid of it,” Janopolous explained. “An event like this allows them an opportunity to get rid of it, plus any gun that we can take off the street at the city of Albuquerque is one step in the right direction of reducing violence within our city.”

APD collected 166 guns by the end of the event, two of which were stolen. Janopolous said they collected a lot of personal stories, too.

“We’re getting elderly women saying that they or their husband passed away, didn’t know how to get rid of the gun. We’ve had individuals tell us that they had a suicide in their family, and they just didn’t want to have a gun in the house. And then we all say the individual that came in stated that his son recently got in trouble with the law, and he was no longer allowed to be around weapons, so he wanted to get it out of the house so he wouldn’t get in any trouble,” he said.

In 2020, APD saw a 15 percent increase in accidental shootings.

“When you have individuals who aren’t familiar with a weapon, if the weapon is removed from that environment, it takes away the impetus to kind of look at that weapon and play around with that weapon. People who are familiar with weapons is very easily, it can very easily harm themselves,” Janopolous added.

Thirty-one out of this year’s 47 homicides have involved a firearm.

City officials said they hope to do more of these events in the future.

“We understand that there are issues with crime in Albuquerque, and we’re really trying to create a better, safer environment better, healthier city for all of us,” Councilor Borrego said.

“We do not want any gun violence, we want to intervene, have prevention measures, and we’ve been doing gun lock programs as well. So it all ties in to the overall conversation of community safety,” Councilor Sena added. 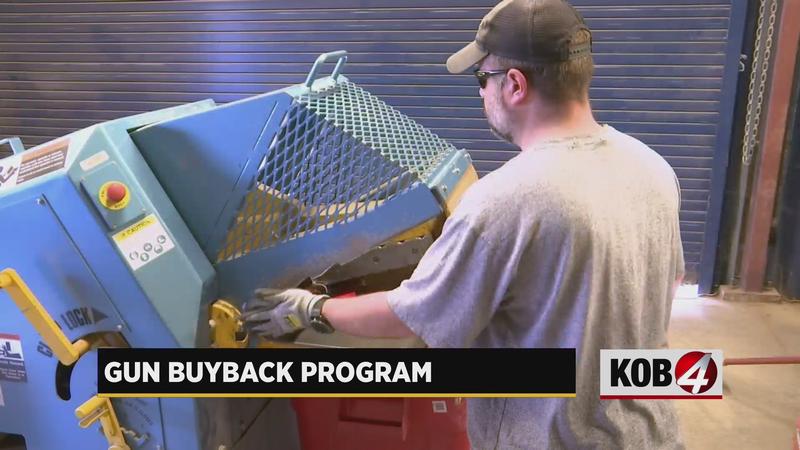