ALBUQUERQUE, N.M.- Winter storms are brutal for the homeless population.

"Our homeless population, though there are resources to allow them to get to homeless shelters, isn’t always possible for various reasons," he said. "And that prolonged exposure to cold can turn deadly."

The City of Albuquerque is trying to help people find shelter. The city opened two extra emergency overflow shelters during the latest storm.

"Throughout this storm, we’ve made sure that anyone who wants shelter has access to shelter as long as this storm lasts," said Carol Pierce, director of Family and Community Services for the City of Albuquerque. 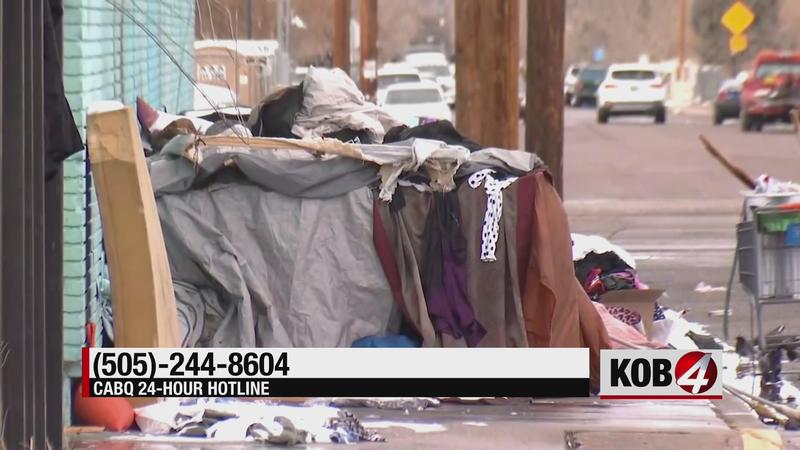 The city reports that 81 people, including three families, have stayed in the emergency overflow shelters.

But not everyone can, or is willing to, stay at the shelters.

Street Safe New Mexico is trying to get as much warm gear to those people.

"The bigger issue is that it’s been raining and so now everything is going to turn to ice," said Christine Barber, director of the nonprofit organization.

Barber warns that some people on the streets will likely die during the storm.

"When we come up on a camp like this, we just start saying, ‘hey we’ve got blankets and stuff,’ and if nobody answers we just start, our next job is to look for dead bodies," she said.

People who need a place to stay can show up to Coronado Park before 7 p.m. to be transported to a shelter. People who show up after 7 p.m. can call the city’s 24-hour hotline at (505) 244-8604 in order to coordinate transport.