ALBUQUERQUE, N.M.- The City of Albuquerque referred the Trump campaign to a collection agency.

The city is seeking approximately $200,000 following the president’s rally in Rio Rancho in 2019.

The security cost include blocking off parts of downtown, paying police officers overtime and covering the paid time off expenses of city workers who had to stay home.

"We actually treated it like any other debt, and so it goes through a somewhat process where you send a bunch of letters out," Keller said. "We got no response from those letters. And then automatically, it does go to an agency that helps try and collect debts, and so that’s those annoying phone calls you get that say, you know, you owe money to so-and-so like now, Trump is getting those." 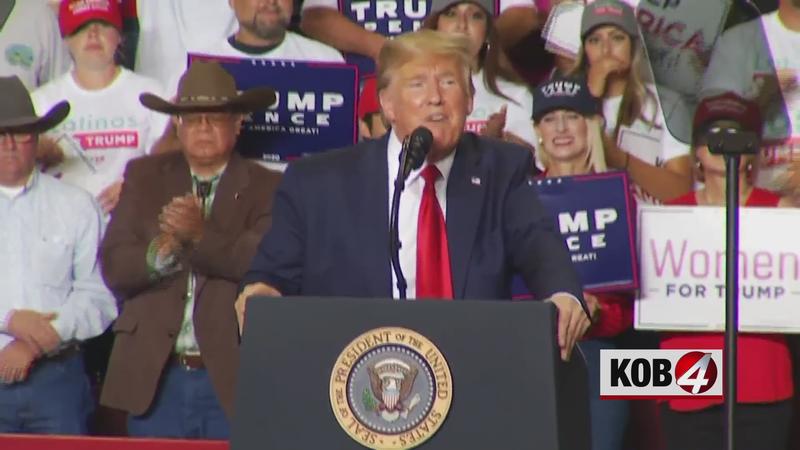 Most of America found out about the debt when Keller appeared on the Daily Show to talk about the bill.

Despite the newfound attention to the bill, Keller doesn’t expect the collection agency to get money out of Trump.

"Given what else has happened, I mean in terms of, even his own campaign owing money to donors and lots of shady stuff there, so unfortunately I don’t really expect us to get paid," he said. "But it’s important that we do, and you know, we would do it for anyone else, so he’s no different."

KOB 4 reached out to the Trump campaign to find out if it plans on repaying the City of Albuquerque. The campaign replied with an email that stated the campaign is "reviewing your request."