ROSWELL, N.M. – The city of Roswell hosted a job fair Monday in hopes of filling 100 open positions. Last year, the city had to cut those jobs, which cleared out about $30 million in the city budget.

“The southeastern New Mexico got hit fairly hard with the oil and gas and everything just kind of collapsing in on itself, and so we felt that will just re-open all those hundred jobs at the same time and see if we can put our people back to work," Neeb said.

One oil worker said, unlike others who’d rather stay on unemployment, he’s ready to get out there again.

Genevieve Ponce was one of the people who came out to apply for jobs. She said she’s been able to keep some form of work through the pandemic. 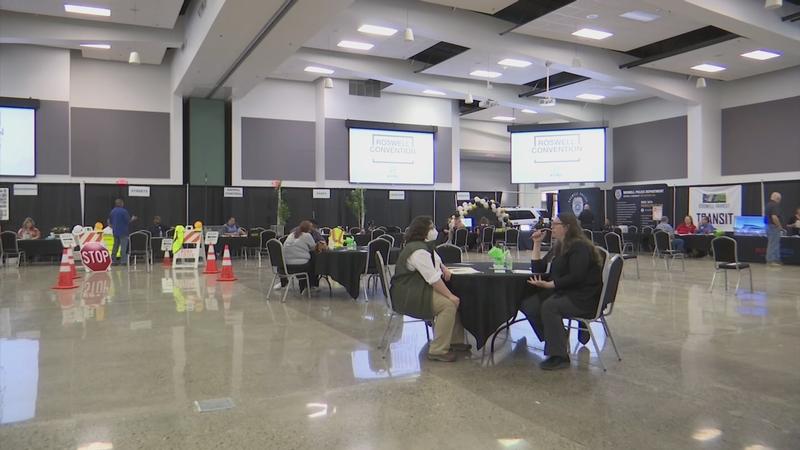 “It has been a hard hit I went to the food industry and I was working there, which was perfectly fine. I did well in it, but I’m glad that things are picking up again and that were able to maybe work for the city and get some better jobs out here for us,” she said.

The city is looking for everything from seasonal, part-time, to full time positions. You can find open positions by clicking here.