Joye is currently the deputy chief of police operations for the Santa Fe Police Department and the city’s interim chief.

"I’ve known basically since I was a teenager I was going to go into public service in some for or fashion," said Joye.

Rodriguez is currently a deputy chief with the Rio Rancho Police Department.

Both candidates answered questions submitted by the public, ranging from how they’d make sure cases are prepared to the district attorney to how they’d crack down on dangerous drivers.

Both talked about addressing staffing shortages and improving morale.

"I think we have a lot of room for growth. There’s certainly a lot of room for improvement. I think I’m the right one to bring us there, to make us the department that the community deserves and needs from us," said Joye.

The city manager will decide who to hire for the job. 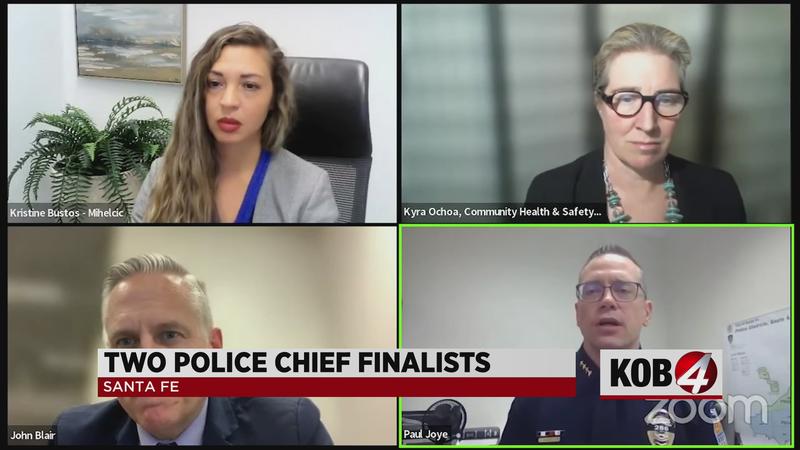