ALBUQUERQUE, N.M. — Those who are soaking up the nice weather near Tingley Beach may notice something is missing.

The train tracks are getting ripped out – and there’s just a gravel walking path that leads to the ABQ BioPark Botanic Garden.

"We are going to end up putting some pavement down so that this wheeled electric tram can use the same route to connect our guests," said Brandon Gibson with the Albuquerque Arts and Culture Department.

He said the city is investing in a faster, more accessible, electric tram to replace the rail train.

Gibson said he hoped the electric tram would be carrying people between the aquarium and the zoo by now – but shipping the tram from the British company that manufactured it has proven difficult during global supply chain complications. 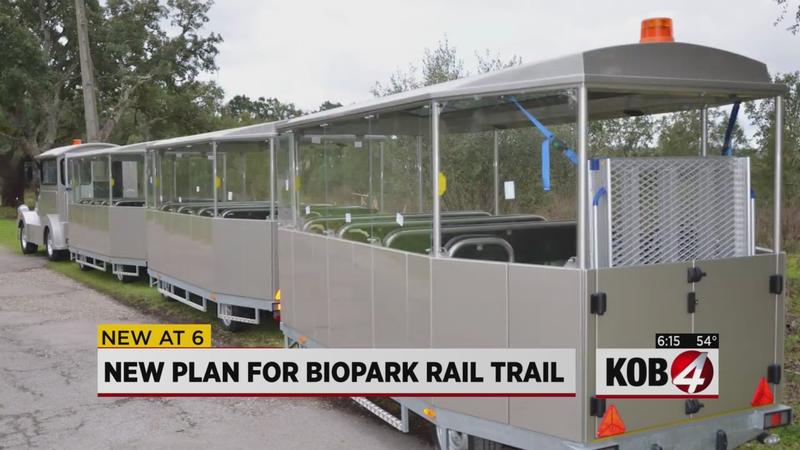 "Our whole team was working very closely, coordinating with the team in the UK and different shipping companies to make sure it got here on the best timeline possible," Gibson said.

The new timeline has the tram ready for customers in the spring of 2022.

As for the old train, they plan to reuse it in the Heritage Farm part of the Botanic Garden – but pushed the timeline back for that project too.