ALBUQUERQUE, N.M. — The City of Albuquerque hired a Denver-based consulting firm, CAA Icon, to break down the possibility of a New Mexico United stadium in Albuquerque and to look into what economic impact it would have.

The study looked at multiple factors, including the size of the lots, zoning of the area, who owns the sites and parking space.

The consultants also came up with a few designs for the new stadium. Depending on which site is selected, the stadium could have 10,000 to 12,000 seats.

“This study is a key part of our due diligence as we explore the possibility of a multi-use facility,” Lawrence Rael, chief operating officer for the City of Albuquerque, said. “We’re glad to have the results of the study so we can discuss the findings with the community, make proper considerations, and initiate next steps.”

The estimated cost of the stadium is between $65 million and $70 million. 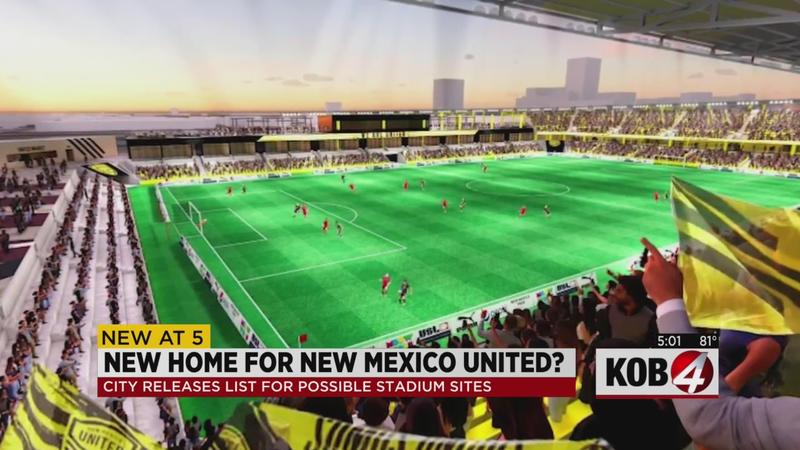 In a release, city officials said the stadium would be available for "a range of uses, including performances, worship events, and home to a possible future women’s soccer team."

The sites under consideration:

For more on the study, the executive summary and full study are available online.