ALBUQUERQUE, N.M. — City officials say they have received many complaints about the Backstreet Grill in Old Town – specifically regarding its lack of COVID-19 protocols.

The New Mexico Environment Department had previously ordered the restaurant to close for not complying with the public health order – which sparked protests. But the restaurant never did shut down.

On top of that, documents say the city has been unable to conduct an inspection of the restaurant since April of this year. The city revoked the restaurant’s permit altogether.

According to a newly-filed petition from the city, they claim Backstreet Grill has been operating without a food permit for months. They are now asking a judge to order the restaurant to close.

On Monday the restaurant was empty, but staff members assured KOB 4 that it wasn’t due to a lack of a permit. They said the restaurant is just closed Mondays and Tuesdays and will reopen this week. 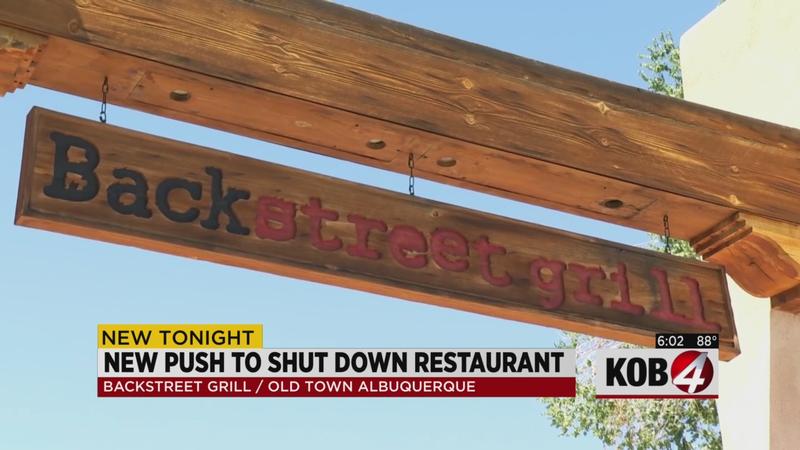 Officials with Backstreet Grill said they have not officially received or reviewed the new petition from the city.

It’s unclear what the next step will be. City officials said that once a permit is revoked, the restaurant cannot get it back.

"While we can’t comment on pending litigation, we appreciate that almost every Albuquerque business has worked with us to follow City ordinances during these tough times."