ALBUQUERQUE- Albuquerque City Council got a detailed view of the work that the city’s Civilian Police Oversight Agency completed between July 1 and Dec. 31 Wednesday night, during its meeting. The executive director of the agency presented the report for council to accept.

The report outlines that the agency took on 172 complaints during the reporting period. It got a total of 307 complaints, but some were either out of jurisdiction, or repeat complaints.

However, the agency only resolved 22 of those complaints, compared to 104 resolutions during the same period in 2019.

"Honestly it struggled from the very beginning to keep up with the number of complaints,” said Pat Davis, city council member. “And I think that’s what this report tells us is we’re still struggling with."

The agency’s Executive Director Edward Harness cited a staffing shortage and COVID-related adjustments as reasons for the low number of resolutions. 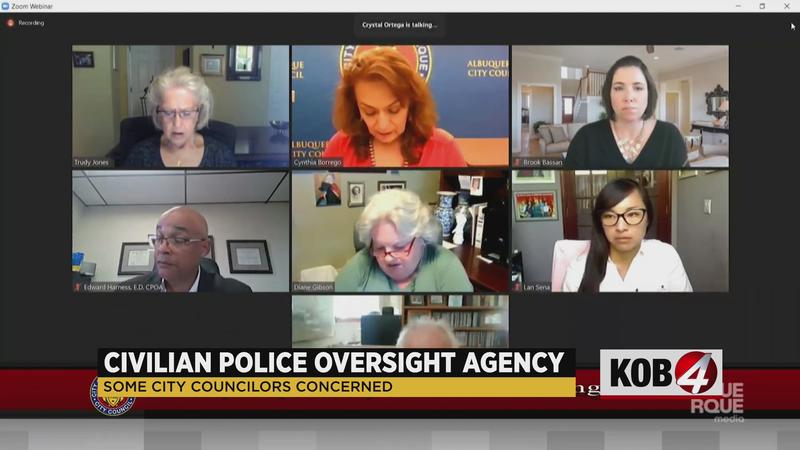 He also mentioned the fact that two of his investigators spent hundreds of hours looking complaints related to protests in the metro last summer.

"One of the investigators spent over 500 hours reviewing video of those incidents,” said Harness. “And another investigator spent 300 hours of video review."

The report goes on to mention recommended APD policy changes as well.

“One of the great things about these lapel cameras is that they give us really pretty definitive proof of what happened, what was said, what wasn’t said,” said Olivas. “And they can really help us in determining whether a complaint is valid or a policy was violated."

The agency asked APD to keep lapel video longer, and prohibit officer review of the video before their first statements. It also asked police to use the video to analyze policy and find trends in policing. As for the air support unit, the board asked police to measure the effectiveness of the unit, and whether the funding for it is benefitting officers and the public.

"Many many times I think it comes down to a policy issue or a training issue,” said Olivas. “Where there isn’t a good policy in place or there is an issue in training the policy that is in place."

The agency already looked at numbers for the first half of 2021, and said it already closed out 67 investigations.

Harness said the agency should be fully staffed with four investigators by October.