Both bills to push clean hydrogen are basically dead in the Roundhouse now. But the fight for a greener New Mexico is definitely not over this session.

“I think there’s a lot of good progress. There’s a lot of recognition that New Mexico, like it or not, we have to confront these challenges,” said state Rep. Nathan Small, D-Las Cruces.

Small is behind the Clean Future Act that would significantly reduce greenhouse gas emissions in New Mexico by 2030 and achieve net-zero carbon emissions by 2050.

He says it’s taking some of the state’s existing climate goals and simply putting them into law.

"We’re all in a race, it’s a race to see who can do this the fastest, and also do it in the most efficient, and the smoothest way,” said Small.

That bill will face its second House committee Wednesday, but there’s a new hurdle coming from outside the Roundhouse.

A new ad from the New Mexico Oil & Gas Association claims the Clean Future Act will drive up energy prices in New Mexico and could negatively impact state revenue.

“The effect that this bill would have is that businesses, not just the energy sector, but manufacturing construction, agriculture, would be required to limit their emissions in such a way without the ability, the availability of offsets, that it would increase costs for all New Mexicans,” said Robert McEntyre spokesperson for New Mexico Oil & Gas Association.

Small believes most state lawmakers want to support green initiatives like his but admits actually creating a fully-fleshed-out law is not so easy.

"It can be an exceptionally difficult place where people acknowledge where we want to get to, but the how gets really challenging," said Small.

He says the proposed state budget offers the best sign for the future.

There’s more than $250 million set aside for a long list of environmental projects, including:

"As we’re in the middle of this race, we shouldn’t expect that. You know, either one, really fast step is going to win it for us. One stumble doesn’t lose it for us. We just have to keep on going,” Small said. 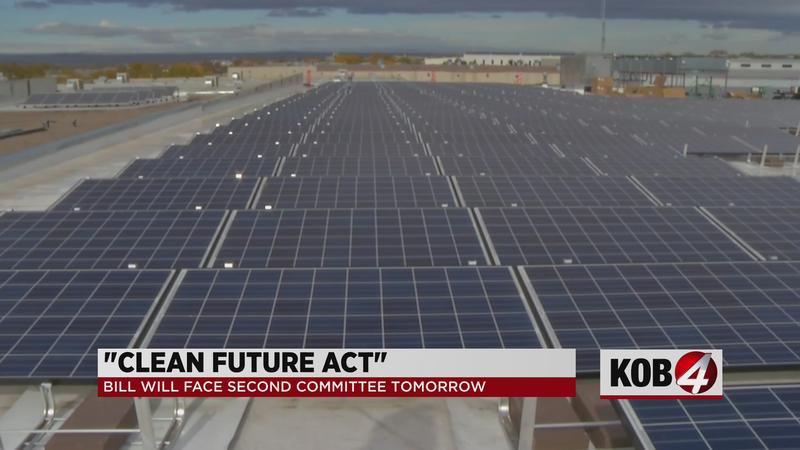