DEXTER, N.M.- Natalie Sweeney is still working to locate property that was washed away during the Memorial Day weekend storms in southeastern New Mexico.

The Flood Commission inspected a dam that breached during the storm.

It’s unclear what caused the breach, but officials said the sheer amount of water might have been enough to do it.

"You have a lot of heavy water and, on average, water weighs approximately eight pounds per gallon," said Charles Yslas, Chaves County undersheriff. "So when you see the amount of water that comes down, and the erosion starts to begin with that and the rushing water, it is an impact, and it did a take a toll on it, and it did create quite a break in it." 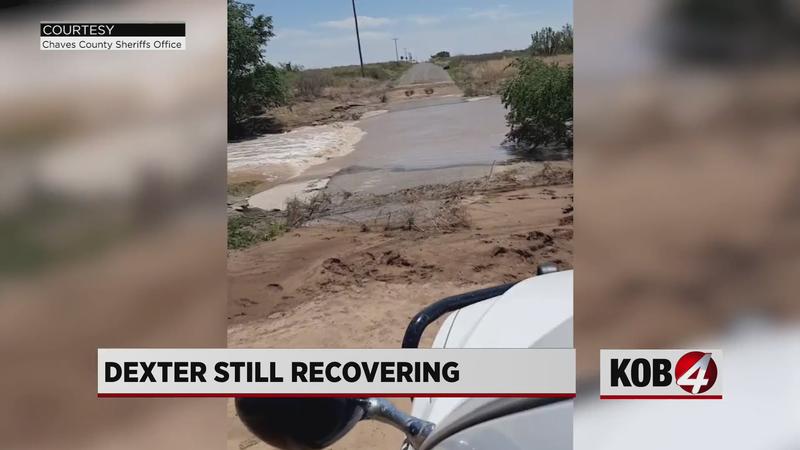 The water is still receding, but several roads are still closed and the Chaves County Sheriff’s Department has a warning for residents.

"So were asking people to please respect the road closure signs to try and move around those and get to their destinations safer by going another route it may take a little more time but its better to get there then not get there at all," Yslas said.

Sweeney said the well that services her community is out of service.

County officials say the next steps are to finish accessing the damage to the levee and begin the cleanup process. It’s still been hard to do since the water levels are still high.

But residents remain optimistic in the wake of such devastation.