MORA COUNTY, N.M. – When the Calf Canyon and Hermits Peak Fire combined over the weekend, the threat doubled for New Mexicans nearby. But where there is more worry, we find more help.

KOB 4 met up with a man who is using one horse trailer to help as many people displaced by the fire as possible.

“I’m here in Las Vegas every day I’m going to park here probably for the next, well, as long as I have to. Everyday, collecting stuff,” said Martin Duran.

From water to toiletries and plenty of dog food.

“Yesterday, I got a message from someone at the Bueno Vista Fire Department that the firefighters needed snacks and Gatorade. And they were feeding the dogs that were left behind, so they were in desperate need of dog food and cat food,” said Duran.

Duran then took that message to Facebook, saying he would be in the Walmart parking lot every morning collecting donations. Later he will deliver the donations to Mora.

He started collecting Saturday and the amount of people willing to help has only grown. But Duran says he can’t take all the credit.

"The joint effort between the two communities, Mora and Las Vegas coming together, it’s just amazing. It makes me proud to be a part of the community,” said Duran. 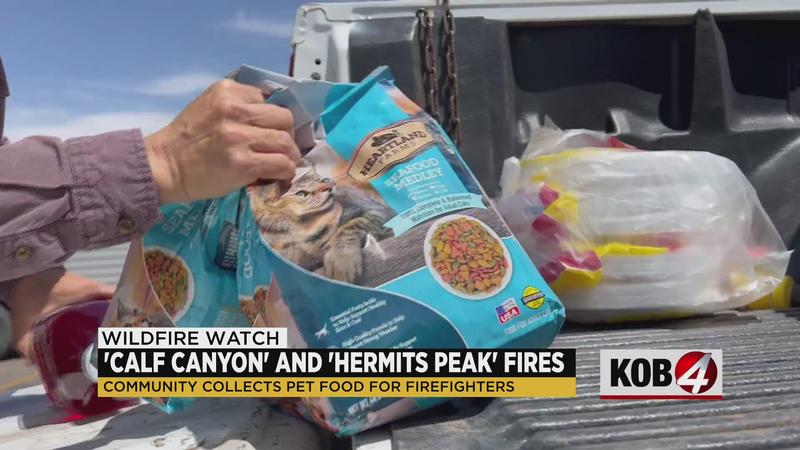