ALBUQUERQUE, N.M. — More than 50 people gathered at the UNM Bookstore Monday to hold a vigil for Daunte Wright, a Black man who was killed by police in Minnesota.

Wright was reportedly pulled over for having expired license plates. However, police also pointed out that he was in violation of a Minnesota law that prohibits drivers from hanging items on their rearview mirror.

Following a struggle with officers, Daunte was shot. The police officer who shot him later said that they intended to reach for their taser, but pulled out their gun instead. 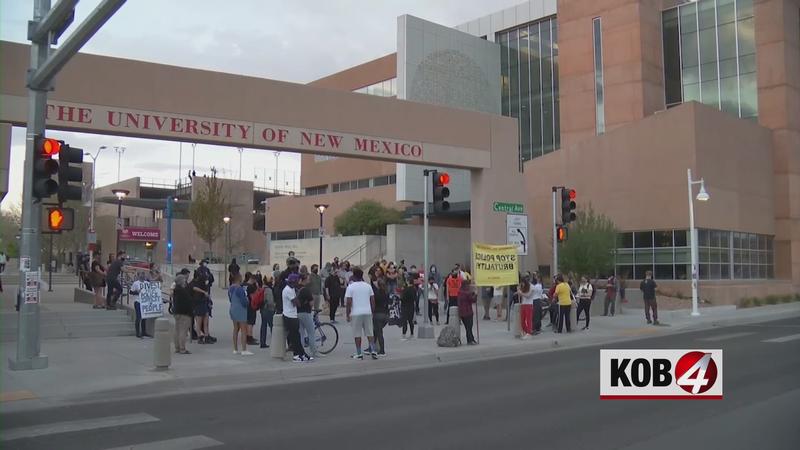 Vigil organizers said being Black was ultimately what led to Wright’s death, and that people need to continue to push back against white supremacy.

“I’m exhausted to no end watching these children die in these streets at the hands of the police,” she said. “We’re tired. We deserve more, and we’re gonna get more. We’re gonna get it."

Unlike previous demonstrations in Albuquerque, participants did not take to the streets after the vigil.