ALBUQUERQUE, N.M. – 2-year-old Diana McGrory was honored by dozens at Sister Cities Park Saturday. The vigil was not hosted by the family, but by those who heard her tragic story.

"She was taken from us far too soon. She was a child enjoying life and it was cut tragically short," said Moose, president of Guardians of the Children Rio Grande Chapter.

Guardians of the Children Rio Grande Chapter is a biker organization that raises awareness about the ramifications of child abuse. Their president told KOB 4 when he heard what happened to Diana, it sickened him to his core.

"It’s disgusting, it’s sad. There is no reason for it. A two-year-old child can do nothing wrong to deserve that kind of evil,” said Moose.

And what really makes him upset, is he believes many knew what was happening to Diana but said nothing.

"Her community, her friends and family all saw something and nobody bothered to say anything,” he said.

It was Oct. 1 when officers arrived to the northeast Albuquerque home and found Diana without a pulse. Police said she was living there with her father, Michael Garcia, and her grandmother, Diana Marie Garcia, along with her three siblings.

Her father was arrested shortly after Diana was found, and her a grandmother was just arrested on Friday. Both have been charged with child abuse resulting in great bodily harm or death.

According to the criminal complaint, Diana was covered head to toe in bruises. Police said they saw ‘visible bruising over the majority of her body.’ Investigators also found "dark red burns" on her body.

When questioned, both family members denied the abuse, saying the two-year-old burned herself on the stove.

But when Garcia was questioned by police, through tears he said, quote, ‘You’re not going to forgive me.’

The complaint also mentions interviews with Diana’s siblings, who told investigators they’ve seen the abuse happen. They reportedly told investigators, "dad and grandma spank (Diana) with a belt and their hands," and that Diana, "has been spanked a lot of days."

It also reports Diana wasn’t the only child abused in the home, saying one of her siblings had "multiple unexplained fractures" which "is indicative of physical abuse."

Just a few days ago, a judge ordered that Michael Garcia will stay behind bars until his trial. As for Diana Marie Garcia, the grandmother, she remains in custody at this time. 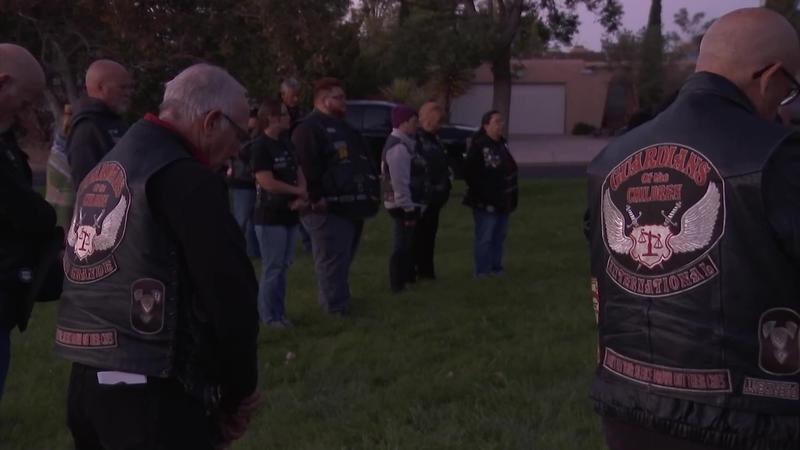