Tonight – they came together for the one-month-old baby boy in Valencia County who investigators say was killed by his own mother.

Many believe this tragedy absolutely could have been prevented.

Those who call El Cerro Mission home gathered at the Casa De Oracion Church – to grieve the one-month-old baby boy who died earlier this month.

Baker is a child advocate from El Cerro Mission who organized the vigil and she has a message for the infant’s family.

"We are so sorry for your loss, we are wishing for your healing and community healing and we’re going to keep fighting for systems change,” said Baker.

They’re fighting for change because the baby’s mom – Kiria Milton – called 911 one week before she allegedly killed him – asking for help.

She said she worried she would hurt her kids.

The Children’s Youth and Families Department and the sheriff’s department responded. Milton was taken for a mental evaluation and the kids were turned over to their dad.

But somehow – they still wound up alone with Milton.

Days after the baby’s death – CYFD’s secretary told KOB 4 she asked for an outside review of the department.

"So, I’ve reached out to national partners and experts who have actually gone into other states and have done this self-examination, this assessment and help child welfare systems in other states to determine where there’s weakness, how this can fall through the cracks,” said Barbara Vigil, CYFD Secretary.

And as the community in El Cerro Mission waits for answers about how this case fell through the cracks they know one thing for sure.

"I do believe that this mother was not given the resources that she needed, no matter who was responsible to give them to her,” said Baker.

As for Milton, she’s charged with child abuse resulting in death.

Last week, during a detention hearing a judge ordered her to be held without bond while she awaits trial.

At this point, her defense attorney said she does not. 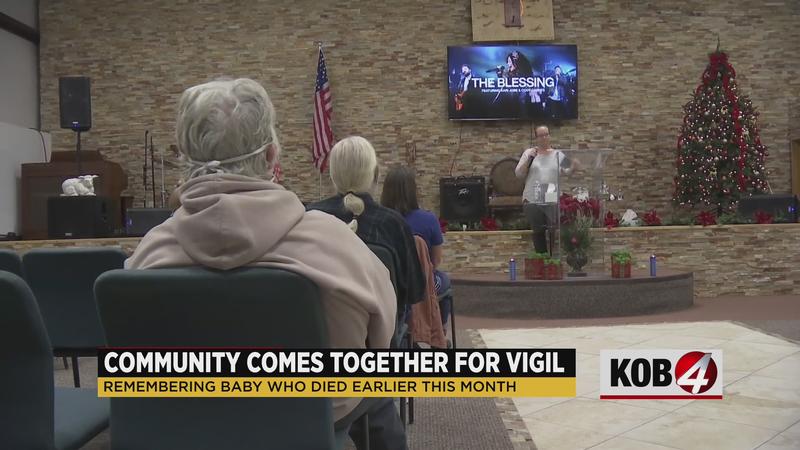