ALBUQUERQUE, N.M.- A memorial for Bennie Hargrove has continued to grow outside Washington Middle School, as people gather to remember the heroic 13-year-old.

Many knew him and wanted to make sure his name and his heroic actions of trying to stop a violent confrontation between classmates will be remembered.

"He tried to save a life, and he was trying to stick up for another friend."said Stephone Yarbrough, a 7th grader.

The memorial was set up right near where police said Hargrove was shot and killed by one of his classmates.

There will be a candlelight vigil Saturday at eight 8 p.m. at the school.

"We are just trying to honor our friend and just get through this."

A GoFundMe account has been set up for funeral expenses. 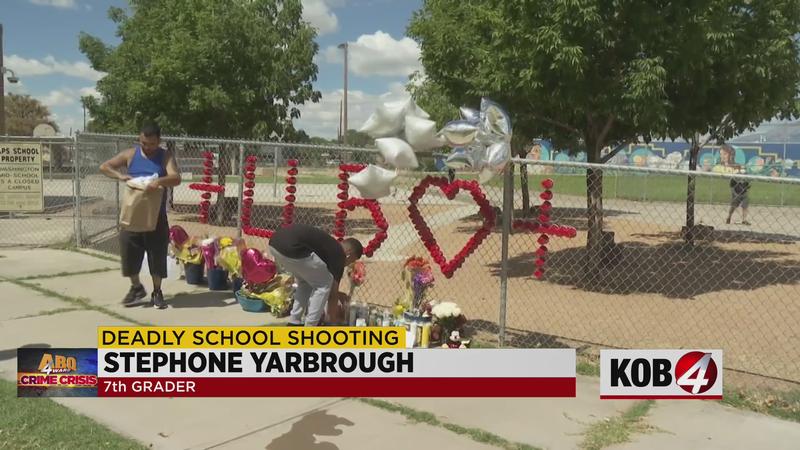