ALBUQUERQUE, N.M.- A community came together Thursday night to remember a mother who was killed in a suspected drunk driving crash.

Cars lined the intersection, up and down Tower and Unser, to honor Janell Katesigwa.

She was remembered as a devoted wife and mother of four.

"This means so much that everybody’s out here, supporting us and showing love for her," Dionne Ortega said.

While the community honored Katesigwa, they also aren’t forgetting the cause of the crash. 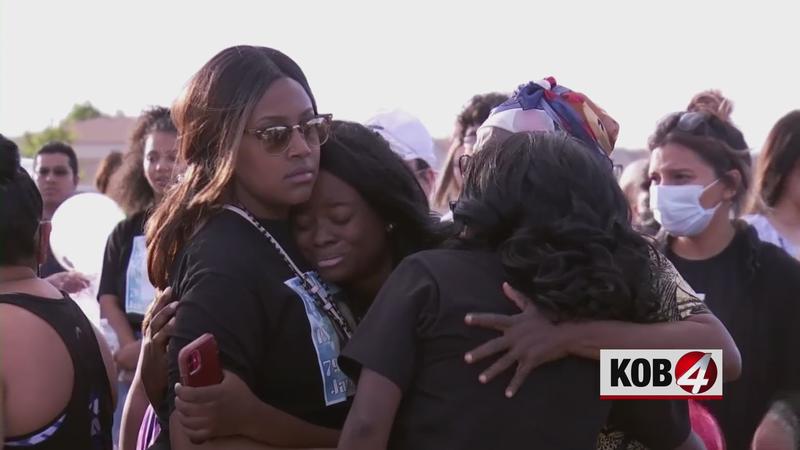 The driver of the other vehicle has not been charged. Police said she was taken to the hospital following the crash.