Now, that community has come together to help one of their own.

Arriah’s been traveling between Lake Arthur and Albuquerque for treatments. The high school freshman is in need of a kidney transplant, something doctors didn’t expect would happen for a couple more years.

“Kidneys were saying they’re a little more sensitive than we originally thought, and she got a little sicker about three weeks ago in which that time we were informed it was time to start dialysis, get her a little healthier with her levels so we can move on transplant after this," Jennifer said.

When the school heard about Arriah’s situation, it was a no-brainer for them to start raising money for the surgery.

Superintendent Elisa Begueria said they planned on something small.

“We needed to do something to support them, the money, right, the economic situation, so we decided that, you know, who doesn’t like chocolate, so we went with that," she said.

Everyone was on board—even the youngest students.

“To see them so excited to help a fellow student was just incredible,” she said.

They said they’ve already passed their goal of $5,000 in just 24 hours, and that donations have been coming in from all over the state, including an anonymous donation of $1,000 left at the school on Tuesday morning.

For Arriah and her family, the support is what makes this community a special place.

“It’s amazing to see that everyone cares as much as they do. I’m not very surprised. It’s always been a family thing, especially here,” said Jacoby Porter, her older brother. 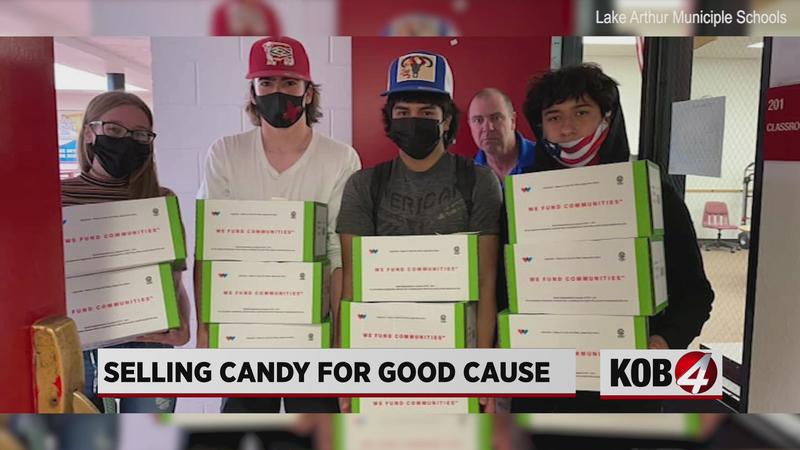