ALBUQUERQUE, N.M. — A concerned resident is speaking out about a dangerous pastime in Albuquerque—street racing.

"The racers are getting more brazen and bolder," said the concerned resident, who wished to remain anonymous.

Recently, the resident said they witnessed a huge race along Trumbull near Eubank, which has been used as a racing spot for years.

"Well, I would say last night I watched, oh, at least 40 different runs," he said.

"Maybe 45 seconds or a minute between races. Two cars would go past as fast as they could. They’d come to a stop, turn one direction or the other on Eubank, the next cars would launch," he said 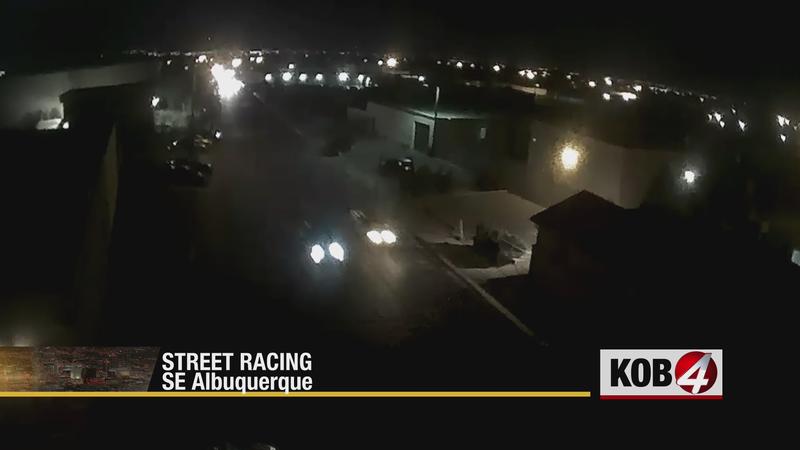 A couple of times a month, the resident said he sees the huge crowds of people. He’s even brought it up with the police.

"They will all show up at a given time. They have crowds. They have starters, they have monitors," he said.

However, last night he said things looked different. Nothing was organized, which created even more danger. He said he witnessed multiple near head-on collisions.

"And that’s where one of the racers was going so fast last night that they couldn’t stop," he said. "They went across Eubank, but over the curb, took out a tree, and ended up in the Costco parking lot."

APD said they’re aware about the racing in the area.

"The police—they could have these guys in a fishnet with two cop cars. They don’t," the resident said.

A spokesperson for APD said they have officers in that area every weekend during graveyard shifts, and they’ve offered overtime to other officers, too. But they said the crowds always scatter when they arrive.

"I treat it with some kind of humor. Kids will be kids. I was a kid. I love cars. I love racing on racetracks. It was humorous at first," the resident said.

"But the lack of response is intolerable," he added.

If APD doesn’t step in, the concerned resident said things will only continue to escalate.

"And it’s because if somebody gets killed, and I didn’t do the best I could to stop this—that’s personal responsibility," he said.