ALBUQUERQUE, N.M. – Multiple fights broke out at the Dierks Bentley concert at Isleta Amphitheater this weekend.

Deputies said there were some bad bruises – and a couple people ended up spending the night in jail.

Joshua Romero was arrested by Bernalillo County deputies for knocking a guy out. Court documents do not say what led up to the fight.

Deputies said Romero, identified by his mullet, beat a man unconscious in the parking lot of the amphitheater.

Facing an aggravated assault charge – with no criminal history – Romero is out of jail until his next court hearing. He was released on his own recognizance.

That wasn’t the only fight at the concert. Jeremy Lithgow was arrested for shoving a deputy as security was giving him the boot. 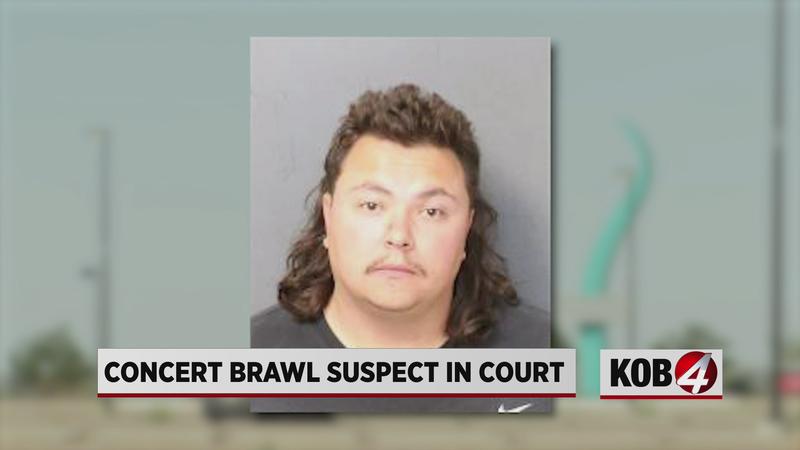