Robinson lives just outside Silver City, near the forest, and believes it’s the perfect spot to reintroduce jaguars.

As late as the 1960s, jaguars have inhabited areas of the Central Mountain Range in Arizona and New Mexico, but were later wiped out. The cat is listed as endangered on both sides of the U.S.-Mexico border. 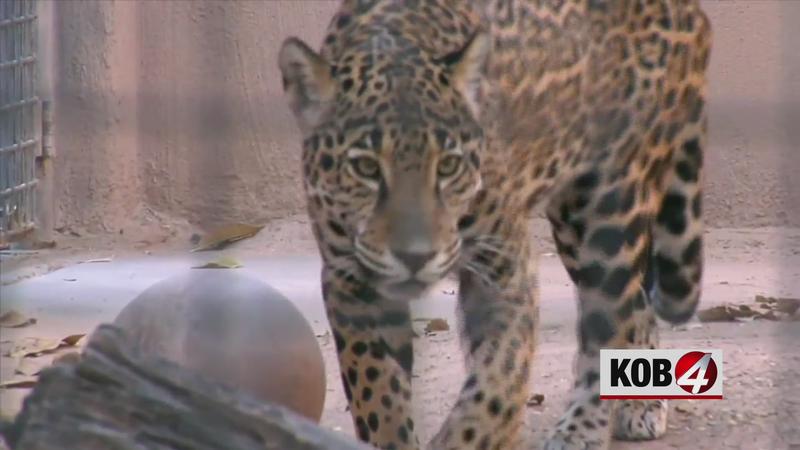 Recently, the U.S. Fish and Wildlife Services said the area could only support six jaguars.

“Jaguars need wild places where they can be safe from potential persecution, and they need prey,” Robinson said.

So, he’s been working on studies for decades, the latest published this Spring, and scientists agree it’s not that far-fetched.

“Yes, it really does make sense,” he said.

To move forward with his research, Robinson says there needs to be a larger conversation, including conflict resolution with the livestock industry.

But Robinson hopes USFWS will revisit its jaguar recovery plan.

"It really has been political sadly,” he said. “But part of dealing with politics is listening to people who feel differently and considering their views respectfully. There’s a lot of improvement that can be made in the somewhat sorry policy that our country has had towards these persecuted but really beautiful and very vital animals for so long. ultimately we’re hoping we can go in a new direction because it really is possible to live with jaguars.”

“Nobody is saying living with wildlife is easy, but I think on a deep level everybody in the Land of Enchantment understands that it’s really worthwhile and how blessed we are to have these wild animals near us,” he said. “We can’t just say we’re going to take some of the animals that are easy to live with us and the ones that present challenges, well, they are no good.”

Study: The case for reintroduction: The jaguar (panthera onca) in the United States as a model (wiley.com)

A systematic review of potential habitat suitability for the jaguar panthera onca in central Arizona and New Mexico, USA