ALBUQUERQUE, N.M.- Broadway near downtown Albuquerque will be closed for three months.

Spokesperson for Albuquerque’s Department of Municipal Development, Johnny Chandler, said it’s for construction work on a nearby pump station.

"This project was born out of flooding issues we have had in the past in Martineztown, Barelas and downtown, this is our solution to that,” Chandler said.

The closure is necessary, so crews can lay a large storm drain pipe under Broadway.

"This is a critical infrastructure project, it’s absolutely necessary; it’s not something that we can do without tearing up Broadway. Just to remind everybody that Broadway Boulevard between Lomas and Mountain is pretty much a no-go zone for a few months," Chandler said. 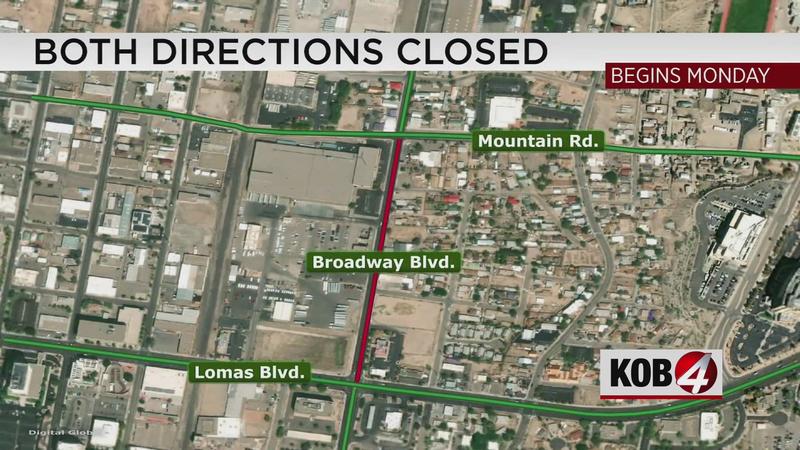 The project is expected to be finished mid-October.