Controversial plan to kill feral cows back on

ALBUQUERQUE, N.M. — The Forest Service, part of the U.S. Department of Agriculture, wouldn’t do an interview with KOB 4, but in an email, said they are going forward to humanely euthanize a wild herd of cattle in the Gila National Forest via helicopter. Their plan is to leave the dead cows in the forest – frustrating local ranchers.

Patterson said the NMCGA’s last court challenge to stop the feds from moving forward with the plan has failed.

KOB 4 asked if they could name any of the local organizations they are working with – but they didn’t name any. 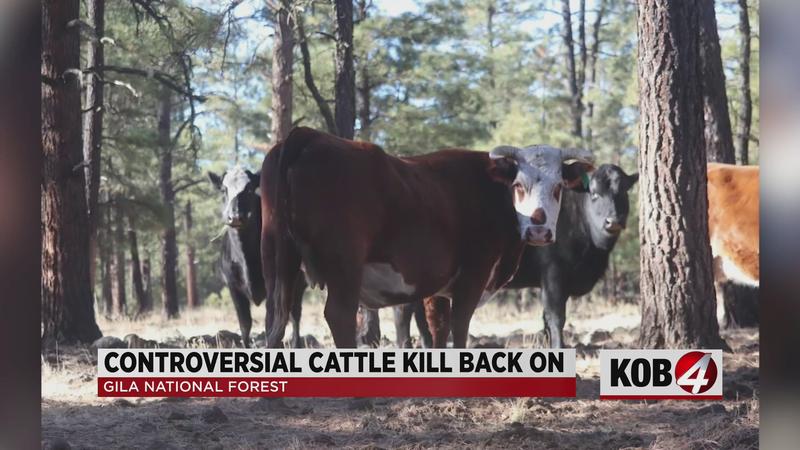 There are concerns raised that branded cattle could be among the feral cows, and there are also concerns about wolves and other predators. Patterson said those have gone unaddressed.

"How do we have any assurance? Since they’ve lied to us on almost all of these matters, that we can trust what they say now?" Patterson said.

Patterson said that’s $150,000 worth of beef they are going to leave to decompose in the Gila. The Forest Service said it is consider an environmentally responsible way for wildlife to return to the ecosystem. They said they plan to wrap up the operation Friday.