ALBUQUERQUE, N.M. – Some exciting flavors and dishes have arrived this week at Albuquerque’s Coronado Center, thanks to a new international Brazilian smokehouse chain.

Fogo de Chão opened Tuesday and is aiming to give back to the community during its first week.

"What we’re doing is we’re donating 10% of our first week’s sales to Roadrunner Food Bank to help get it kicked off and be a good philanthropic partner of Albuquerque," Sales Manager Patrick Baldonado said.

The food bank struggled to keep up with a dramatic increase in demand for food but has received help from the community, including from Fogo.

Fogo is also helping the Albuquerque community by bringing on more than a hundred employees for its 45th US location. The chain also has 12 international locations, including six locations in Brazil, four in Mexico and two in the Middle East. 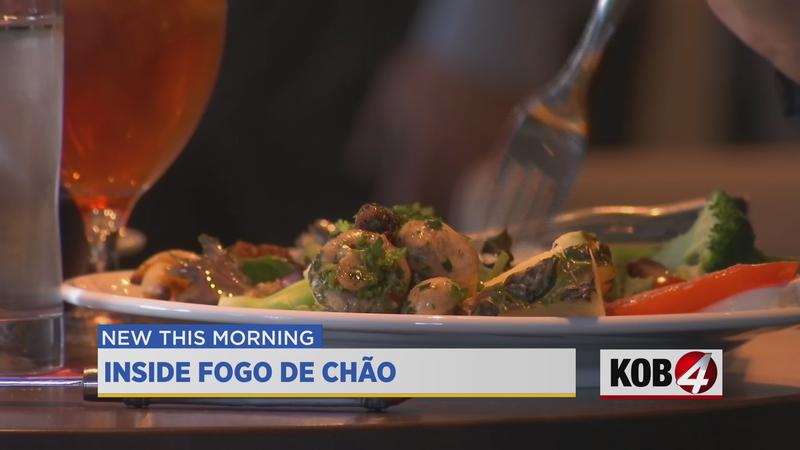 The Albuquerque location, however, is the only location in the world that features a peninsula grill at the front of the restaurant. The layout is specifically designed for guests to engage with Fogo’s food preparation process.

"We’re very excited to bring a little part of Brazil to someone who’s never tried Fogo before," General Manager Ronan Melo said. "Our chefs come in the morning, they butcher the meat, they season it and they serve it to you."

Among the new flavors will also be classic flavors that patrons can still expect to see, including dishes with green chile.