ALBUQUERQUE, N.M. – A woman came out of Costco and found a note right on her car, attacking her body — and wrongfully judging her.

She said she still can’t believe the time someone took it to be so vile.

"My first reaction was that it was a joke. You know, I kinda looked around like ‘Is one of my friends here or something?’” said Melissa Holder, a Costco shopper.

It was just a regular afternoon of running errands for Holder, until she found the note on her car in the Costco parking lot off Coors.

"I got real sad. You know because I feel that there was no reason for that. No reason at all,” she said.

She parked in a handicapped space, with her placard on display.

"How dare somebody judge me for how I look when they don’t know me? They don’t know what disabilities I have, if I have a disability, or anything of that matter,” said Holder.

She’s had psoriatic arthritis since she was a teenager, that causes joint pain and swelling.

"Sometimes I use a cane, I very rarely use a wheelchair, I think there are others who need it more than I do, but there are times where I do need assistance,” said Holder.

She’s also had one knee replaced and has chronic back issues. She’s been parking in handicapped spaces for about a decade.

"I think sometimes people judge because of somebody’s weight. However, I think a lot of disabilities are not seen. They’re not noticed,” she said.

She chose to speak out about it because she thinks hate in the community spreads much further than the Costco parking lot.

"You look on social media and if you put anything out there, there’s always somebody who is gonna attack it. No matter what you say,” said Holder.

Holder said she believes the community could be a much better place if some changed their ways.

"I just want people to start being nice. You know go out and do a nice thing for somebody instead of going out and doing something mean." 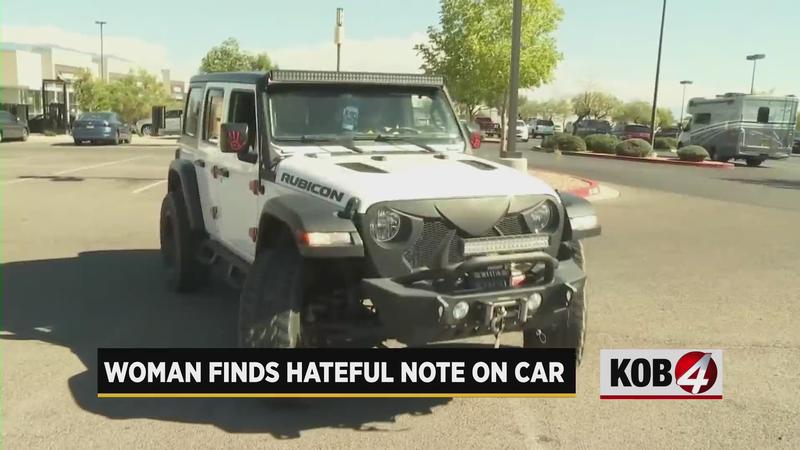