ALBUQUERQUE, N.M. — There are new discussions in New Mexico about ways to help people who are struggling financially.

Along with other welfare programs, like food and housing assistance, and raising the minimum wage, a separate idea is now getting attention – guaranteed income.

This is not a new idea, but it would be new to New Mexico. It would give a few hundred dollars a month to certain people who qualify, and the money can be spent without strings attached.

A committee of state lawmakers (the Revenue Stabilization and Tax Policy Committee) heard a presentation on the topic earlier this week.

The talks are very much in the early stages, but some state lawmakers believe there could be a proposal during the next legislative session, which is slated for January. 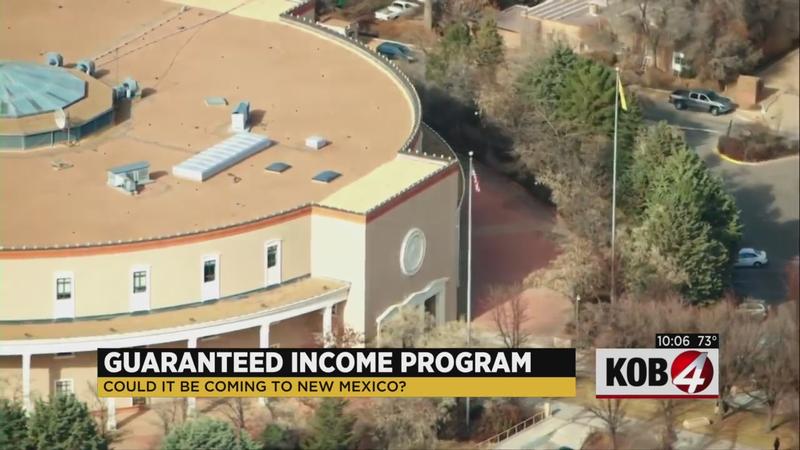 Lawmakers are, in part, looking at a pilot program rolling out right now in Santa Fe.

Funded by a national advocacy group, it will give 100 people under age 30, who have children and who are attending Santa Fe Community College, monthly payments of $400 for one year.

Santa Fe Mayor Alan Webber is a strong supporter of using this initiative to help people.

Studies show opinions on guaranteed income around the country are split.

“Personally, I’m not a big fan of it,” said Socorro resident Johnny Claymore. “Putting a lot of taxpayer money into helping out people who could potentially be lazy.”

“I think our state has suffered for a long time for being on the short end for a lot of programs that would benefit everybody. I think, in general, I would be in favor,” Albuquerque resident Mary Altenberg said, adding that she would like to know more details.

Two state lawmakers who heard the presentation this week on the topic gave insight into the possible upcoming debate.

“It did send shockwaves throughout the legislature,” Maestas said. “It’s something that I think we should move forward with and consider doing.”

He says, ideally, the state would pay $2 to $3 million for a pilot program next year, and then expand it two to three years down the road if all goes well.

Maestas supports requiring recipients to be working or going to school and setting a maximum income to qualify. He says our state could ultimately send out monthly checks to 50,000 to 100,000 residents in New Mexico.

That last point — keeping people working — is why advocates say all lawmakers should be on board, but Rep. Larry Scott, (R), Lea County, isn’t sold.

“I have several reservations,” he said.

Including on funding, particularly if the state wants a large-scale program.

“Right now the state has many needs, and I don’t know where those additional funds would come from,” Scott said.

He does believe that people having the freedom to spend the money however they would like could be appealing, but, “Based on what I heard this week, that I would not stand in support,” Scott said. “I think the total that we might be spending on welfare would be more than we can afford.”

He added, however, that he would never say “never,” and using a program like guaranteed income to replace other, existing welfare programs could lead to his support.

There is some research on places that already have programs like these.

UNM finance professor Reilly White, who studies trends like these, described what studies have examined.

“Is giving people money effective? And what it does in relationship to questions around the job market, questions around health conditions and especially around poverty-related questions,” White said.

He says there are some conclusions.

“It does help reduce poverty levels, particularly in children,” he said.

But he says the research is limited when these programs are rolled out on a smaller, community level, including how effective they are.

“There is a spectrum on this. It is a heated debate, and there are no clear answers that are universally-ascribed to,” White said.

More and more places in the U.S. are starting some kind of guaranteed income program. Officials in Stockton, California, and in Hawaii say they’ve had success with their versions.