Councilor-elect demands to be sworn in as soon as possible

ALBUQUERQUE, N.M. — One of Albuquerque’s newly-elected city councilors says he shouldn’t have to wait until January to start his new job.

“It’s very, very obvious that I should be the elected official right now,” Louie Sanchez said.

Louie Sanchez’s team hand-delivered an election certificate from the Secretary of State’s office to the Albuquerque City Clerk Friday morning, after city leaders said they will not swear him in before his term begins.

Sanchez won the District 1 election in November, beating incumbent councilor Lan Sena with roughly 55% of the votes. Sanchez claims city law states he should be sworn in early because he was elected, whereas Sena was appointed to the council by Mayor Tim Keller. 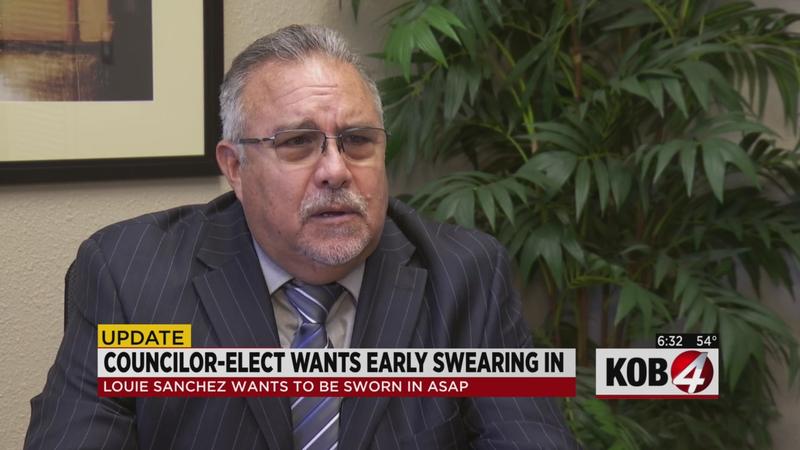 "Any attempt that could be perceived as intimidation of any official to achieve an other result, such as attempting to force the clerk to swear him in early will not be tolerated," he said.

Sanchez’s attorney, Tom Gover, claims there was a precedent set back in 2013. He said Councilor Isaac Benton was given the option to be sworn in early after beating an appointed incumbent. He says Benton decided to wait until January

KOB 4 reached out to the city clerk’s office about those claims and received this statement:

“In 2013, the terms began in December, not January. The election between Councilor Benton and Councilor Meyers was expressly to fill the remaining two years of the District 2 term, as the 2013 Council Election Resolution makes clear. The Council Election Resolution regarding this year’s election makes clear that Councilor-elect Sanchez was elected to a new term starting in January, 2022. He was not elected to fill a term starting in December.?”