ALBUQUERQUE, N.M. – South Valley neighbors were invited to give their input – on plans to improve a trail and open space along the Isleta drain corridor that runs 10 miles from Central Avenue to I-25.

Suzanne Seymour has lived in the South Valley for decades

For decades – people who live along the canal have used it as an informal walking trail. Now the county – along with the Middle Rio Grande Conservancy District and the Albuquerque Metropolitan Arroyo Flood Control Authority – are coming up with a plan to improve the trail.

"Currently it’s all dirt some areas are sandy some areas have tree canopy other areas are wide open with no vegetation so it really varies,” said Richard Meadows Bernalillo County technical planning manager.

He said plans are to create a more formal multi-use trail and open space to connect the neighborhoods and communities in the South Valley similar to the Bosque Trail.

Meadows said once they decide on a design – they still need to get funding from county commissioners – so any changes to the trail are likely still years away. 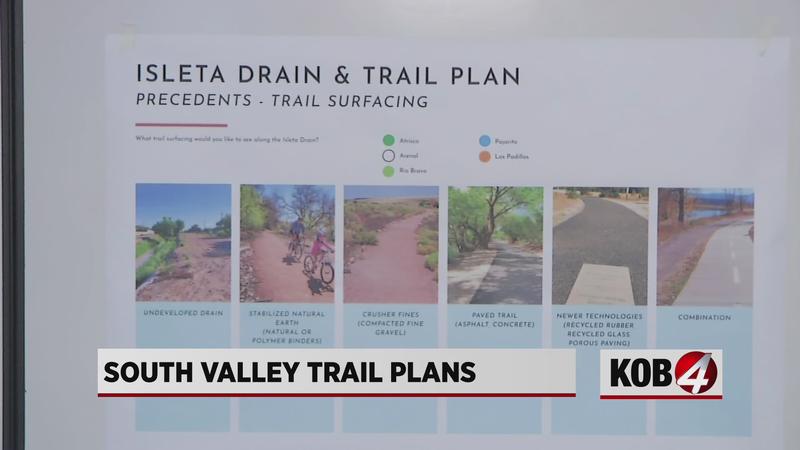