ALBUQUERQUE, N.M. – It has been nearly two months since the deadly shooting on the set of "Rust." Since then, many concerns have surfaced related to safety on set.

The New Mexico Environment Department, through the New Mexico Occupational Health and Safety Bureau, is conducting its own investigation on workplace safety. But it appears they’ve hit a snag.

Court documents allege the assistant director, Dave Halls, is not cooperating. On Friday, they asked a judge to compel his interview, through a subpoena. It was granted.

Now an investigation into those workplace practices to see if the Occupational Health and Safety Act was violated.

“Mr. Halls could also inform the bureau as to who else was inside the church and who else we should interview. It’s also the bureaus understanding Mr. Halls conducted safety meetings on site and had a roll in safety on set," said Napolitano.

Court documents allege Halls has refused to answer questions, saying he wanted to wait until after an investigation into potential criminal charges was complete. That investigation is being done by the Santa Fe County Sheriff’s Department.

State environment officials said they have six months to investigate and issue a citation for a possible workplace safety violation, meaning their time is ticking.

Neither Halls nor his attorney, Lisa Torraco, showed up to the hearing. KOB 4 spoke to Torraco Friday who said she was not properly notified of the court hearing.

But she said Halls will cooperate with state investigators. 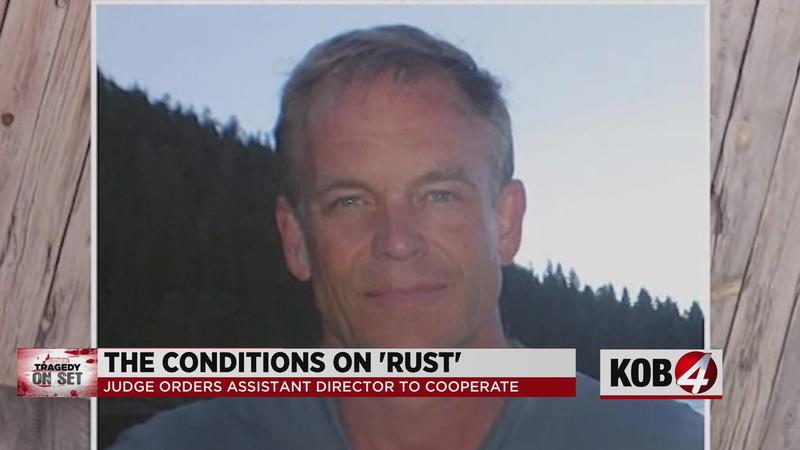