ALBUQUERQUE, N.M. – Court documents are shedding new light on the case of Kiria Milton, the Valencia County mother accused of killing her baby earlier this month.

Will she claim insanity as a defense? That’s something prosecutors want to know.

Since early on, Milton’s mental stability has been in question.

Valencia County Sheriff’s officials said she warned them – a week before her one-month-old child was found dead – that she was afraid she might hurt her children.

That same day, the kids’ father mentioned it while picking up his kids , during a meeting with sheriff’s officials and CYFD at the sheriff’s station.

"(Father) me and her love each other like crazy. I know she’s going through her own thing – the bipolar stuff and the PTSD. I don’t understand it,” said the father.

Prosecutors filed a demand for notice yesterday, Nov. 23 asking to be informed if Milton’s defense plans to raise an insanity defense, or claim she was able to form specific intent to commit the crime.

Milton is still in custody, charged with intentional abuse of a child resulting in death. While the case against her moves forward, questions still remain over how CYFD handled the case.

A CYFD investigator released Milton’s children to their father the same day she called for help.

A sheriff’s detective followed up with her shortly after.

Deputy: "Did you guys do a parenting plan? Or a safety plan?"

CYFD Investigator: "No. Not right now ’cause mom is not in the household. So we’re waiting ’til mom gets out ’cause she was admitted…"

In a newly released supplemental report following the death of Milton’s baby, one deputy wrote that he followed up with the CYFD investigator to see if she knew Milton was out of the hospital.

He said the CYFD investigator stated "no she did not,” and that she had not followed up with the family.

She said Secretary Barbara Vigil is taking this personally, and a forensic review will make sure this doesn’t happen again. 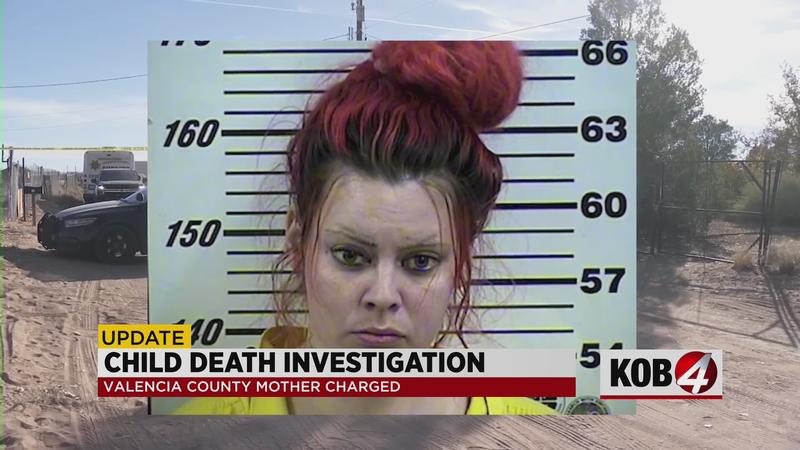