Kuykendall is linked to the triple homicide case in which three bodies with gunshot wounds were found inside a car near Kaseman Hospital last week.

Kuykendall’s tattoos depict an iron cross, which is an ode to Nazi Germany, a shamrock, Nordic imagery, and a Wu-Tang Clan symbol with the words “white boy” in the center.

Officials said the three men who were killed were also involved in the white supremacist prison gang.

Surveillance footage from a nearby business shows part of the incident. Officials said Kuykendall can be seen running around a car and dodging bullets. 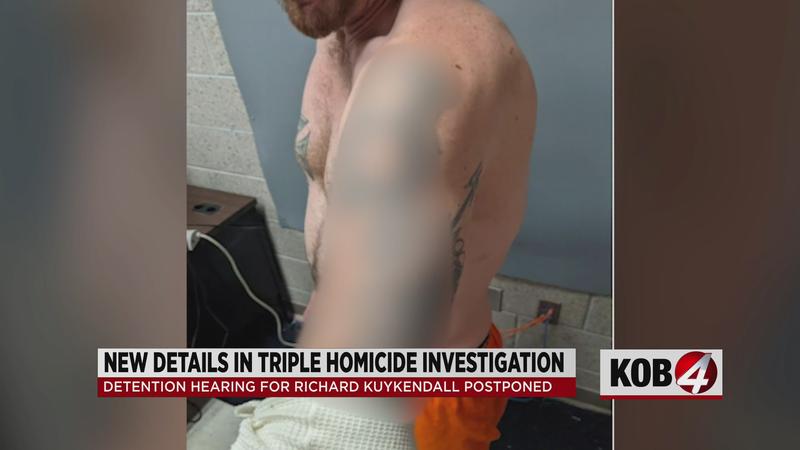 A court filing on the case read in part, “Less than 20 seconds later, Defendant emerged from the backseat holding an object in his hand and running out of camera view towards a nearby dumpster."

Shortly afterwards, Kuykendall drove the car with the bodies inside to Kaseman Hospital, flagged a security guard to the vehicle, then took off.

APD located a gun inside a nearby dumpster, which Kuykendall admitted was his. Officials said he expressed concern that a child would find it or someone else would use it to rob or kill someone.

Kuykendall was arrested at a northeast Albuquerque home last Friday. His court hearing, which was scheduled for Wednesday, was postponed.