ALBUQUERQUE, N.M. — The 2010 death of Mary Han, a prominent Albuquerque attorney, left people with a lot of questions. The Office of the Medical Investigator ruled her death a suicide, but her family never bought it.

A few years back, then District Court Judge David Thomson ordered OMI to change the manner of death to “undetermined.”

Just this week, an appellate court overturned that. In the ruling, the judge said the“district court abused its discretion in directing a respondent to amend the manner of death from ‘suicide’ to ‘undetermined.’”

“What the appellate court decided is that at the district court level, then Judge David Thomson, abused his discretion. That’s a specific legal term which means he operated without regards to the facts or without regard to the law,” said UNM Law Professor Joshua Kastenberg.

That means the manner of death would stay a suicide. A spokesperson for OMI sent us a statement: 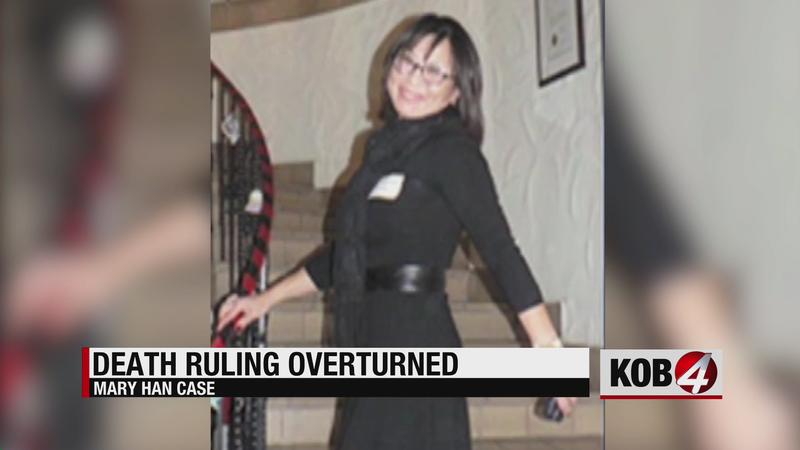 "The Office of the Medical Investigator appreciates the decision of the New Mexico Court of Appeals that we believe upholds the law and reverses the lower court’s decision in this case. Our commitment continues to be to investigate deaths to serve the living. Our thoughts are with the Han family as they continue to grieve the loss of their loved one."

However, an attorney for Mary Han’s family said they will not be giving up. She said Han’s death investigation was botched from the beginning. Diane Garrity sent us a statement:

“There is simply no way to express the importance of the district court decision to hold OMI accountable for the utter chaos and contamination of the death scene that pointed to a conclusion other than suicide. The district court allowed a process to challenge OMI’s decisions, creating a path for other families who reasonably and legitimately question how their loved one died instead of relying on OMI’s standard, where in this case, the testimony was having to see a gun held to Ms. Han’s head before any consideration would be made to amend the death certificate."

So what’s next? Garrity said they plan to petition the New Mexico Supreme Court. But taking up the issue is at the court’s discretion. What’s more?

The district court judge, who ordered OMI to change the manner of death, is now a Justice on the New Mexico Supreme Court. Kastenberg said the twist of events isn’t completely unheard of.

“Judge Thomson, who is now Justice Thomson, will recuse himself and take no part whatsoever in this appeal. What that means is that not only does he not vote on the appeal, he doesn’t discuss the appeal with the other Justices on the New Mexico Supreme Court. He stays completely out of it,” he said.

Garrity said they have 30 days to petition the court. If the New Mexico Supreme Court decides to review the decision, Kastenberg said there a few possible outcomes.

He believes whatever the outcome it will have nothing to do with the fact that Justice Thomson was the original judge in the case.