ALBUQUERQUE, N.M. – The debate continues over whether more people accused of crimes in New Mexico should stay in jail before their trial.

The courts are pushing back against all the recent calls to increase the use of pretrial detention.

They’re pointing to recent research that they paid for. It’s a University of New Mexico study that shows how many people have been accused of committing new crimes while out on release awaiting a trial in Bernalillo County.

It looked at a nearly three-year period ending in March of 2020, examining 10,289 felony cases of those accused getting released before their trial.

In total, about 1 in 5 — nearly 2,000 — were arrested for new criminal activity, which could include property and drug-related crimes. 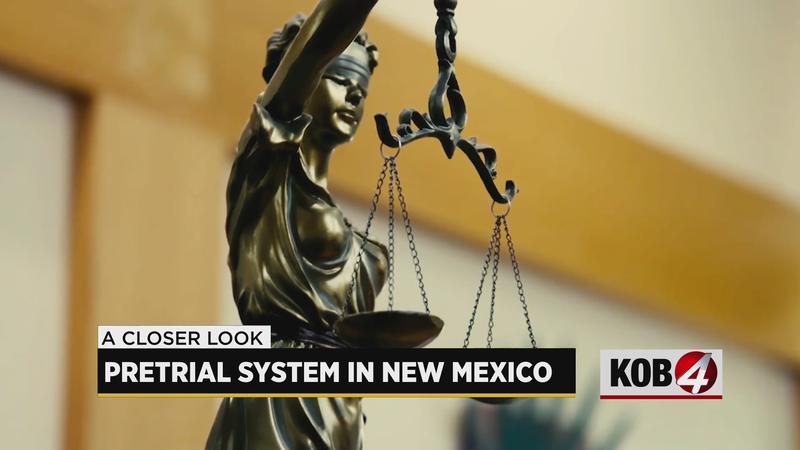 Just .1% were accused of committing a first-degree felony.

Critics of New Mexico’s pretrial system include police, prosecutors, the governor, and lawmakers with both major parties. Many say too many people accused of violent crimes are released, and are committing new crimes.

“Very, very few people got arrested during the pretrial period for violent offenses,” said Artie Pepin, director of the Administrative Office of the Courts. “It ought to reassure people that people who are being released are not in large numbers going around engaging in the kinds of crimes that most concern us.”

He says the public needs to keep in mind the rights of those accused and that those charged are often later found innocent.

“When predicting human behavior, if you can be right about the likelihood they’re not going to get arrested for a violent, first-degree felony well over 99% of the time, you have to say, ‘Okay. That’s good. We can try to get it to be zero,’” Pepin said.

He points out that the courts have already made changes to the system three times, and they’re still open to suggestions.

A spokesperson for Governor Michelle Lujan Grisham says the study doesn’t change her goal to make changes to the system, adding that the statistic on violent crimes “is not a marginal figure” and “can still be utterly devastating to a family or a community.”

Many Democrats in the New Mexico House say they will support changes, and Bernalillo County District Attorney Raúl Torrez has backed this push for years.

A spokesperson for the office pointed to the case of Devin Munford, who was arrested, accused of shooting outside a car, released, and a few months later police say he shot and killed a man.

Pepin says the courts have already considered that idea.

We’ll note that around 2,000 people have been put in jail before trial during this nearly three-year period, according to the courts.

KOB 4 asked Torrez for an interview for this story. A spokesperson says the office is reviewing the study to compare it with its own data.

Also, KOB 4 asked Pepin why the courts would want to make these statements when typically they’d stay silent on heated debates. He says the courts are not taking a side but feel it’s important to explain the current system.

New Mexico releases many more people without bail than most states.

Three other states have similar systems, plus Illinois voted earlier this year to end bail. Many other states are scaling back bail requirements.