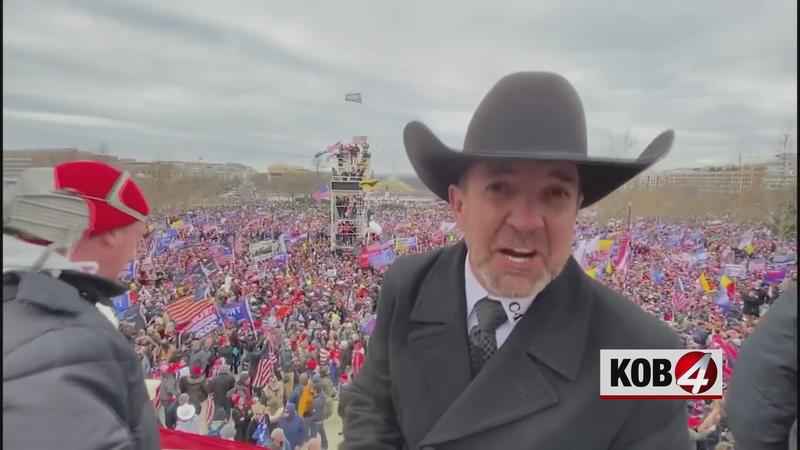 ALBUQUERQUE, N.M. — Couy Griffin appeared virtually in federal court Thursday morning for his arraignment in the criminal case for his alleged role in the breach of the U.S. Capitol on Jan. 6.

Griffin pleaded not guilty to two counts — for entering a restricted part of the Capitol grounds and for disorderly conduct.

Griffin’s attorneys indicated they were seeking a plea deal, however, federal prosecutors have not determined whether that is suitable in this case yet.

Griffin’s next status conference is set for April 7.