DURANGO, C.O. — COVID restrictions loosened in La Plata and Archuleta counties in southwest Colorado after the State Health Department moved them into the Blue Level over the weekend.

That’s why La Plata County was able to make the quick jump from Level Orange to Level Blue, however health officials said people should still keep their guard up.

"I think it is a little bit human nature when people hear things are going well they want to celebrate a little bit and take a few more risks,” Devine said. “Now is not the time to do that. We have variants circulating this country. We don’t have enough people vaccinated yet.”

Health officials said they expect the two counties to jump back and forth between Level Blue and Level Yellow. They’re also continuing to encourage the public to avoid large gatherings. 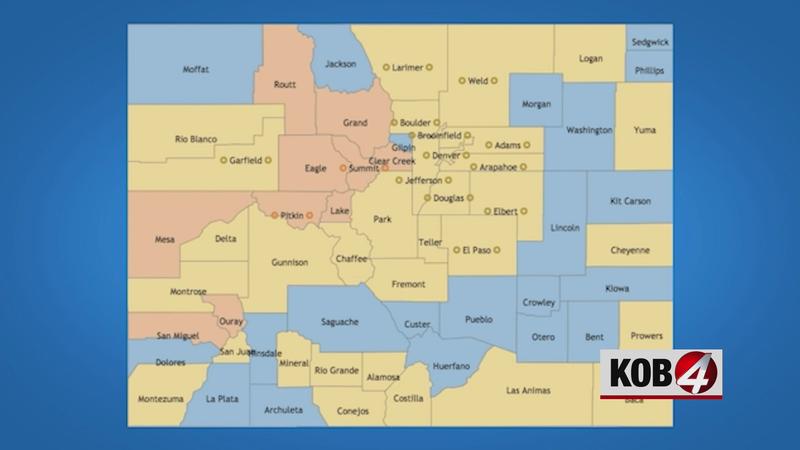 "So a restaurant can now be open at 50% of its capacity for indoor. Retail businesses have been operating at that cap for a long time, so there’s nothing different for them, but you look at things like personal services and offices and things like that where they really had some pretty severe limits on how many folks were allowed inside—those get bumped up to 50, so overall it’s a good pro business move,” said Tim Walsworth, executive director of the Durango Business District.

Some businesses in Durango are Five Star Certified, which means they can continue to operate at a higher capacity even if the county becomes more restricted. That’s because those businesses have extra protocols to follow.

For now, health officials are still urging people to be cautious in Level Blue.