Cowboys for Trump founder under criminal investigation in New Mexico

ALBUQUERQUE, N.M.- New Mexico’s Attorney General has launched a criminal investigation into embattled Otero County Commissioner Couy Griffin for his actions as a public official and his handling of political money.

The court records offer insight into the case against Griffin, who is also facing federal charges for his alleged role in the breach of the U.S. Capitol on January 6.

The search warrants focus on Griffin’s 2019 cross-country trip to Washington, D.C., where he drove his personal pickup truck and horse trailer, which sported his Cowboys for Trump insignia.

Griffin filed a travel voucher with the county — with no receipts — seeking reimbursement for more than $3,000 for his "meeting with the President." 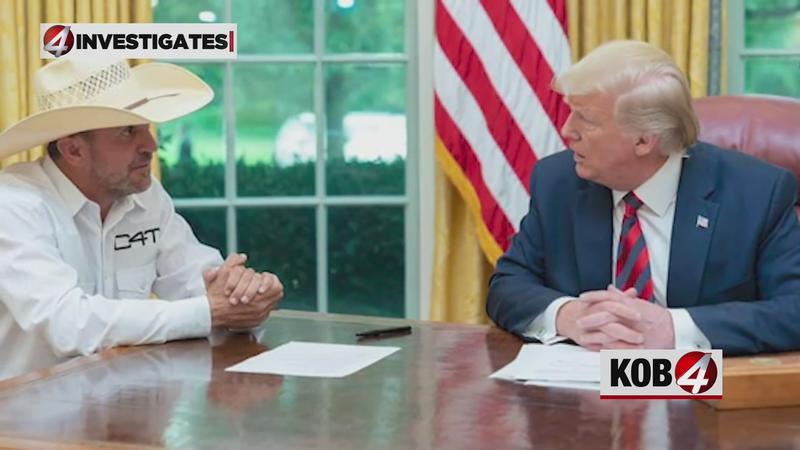 According to the warrants, when questions arose concerning the reimbursement, Griffin paid back the full amount to Otero County via a cashier’s check.

"Please do open an investigation and please start with our county officials," said Griffin during a commission meeting this week, adding later: "They are the ones that gave me the counsel."

The search warrants also focus on possible criminal activity involving Griffin’s political committee known as Cowboys for Trump. The documents point to the group’s failure to register with the state and its failure to report political donations and spending as required by state law.

Investigators highlight one instance where Griffin paid child support to his ex-wife in the amount of $350 via the Cowboys for Trump bank account.

At this point, Griffin has not been officially charged. However, the investigation into his behavior is ongoing.