SANTA FE, N.M. – A bill is picking up steam in the Roundhouse – with the goal of banning life sentences without parole for juveniles. Senate Bill 43 passed along party lines Tuesday, 23-15. Now, it heads to the House.

This law would specifically impact juveniles who are convicted of first-degree murder. And it would also apply retroactively – meaning some that are already serving this sentence, could eventually be released early.

Victims advocates are furious – saying this will reopen old wounds for families who thought their days in court were done. SB 43’s bill supporters say this won’t be a get-out-of-jail-free card.

"In which they can prove that they have transformed, that they have changed. It is a parole board that would make a different decision about whether or not they should be released," said state Sen. Antoinette Sedillo-Lopez.

Sedillo-lopez is sponsoring the bill that is opposed by hundreds of victim advocates. They argue it gives dangerous criminals a second chance, people like John Gamble, who beat his friend to death with a gun and burned his body. Then there’s Nathaniel Jouett.

"If you look at the library shooter on the Clovis case, where he went with a bag full of guns and opened fire and went through looking for victims to shoot," said Dianna Luce president of New Mexico District Attorney Association. "If you look at Juan Rivas who murdered Clara Alvarez in Hobbs. Clara was an 80-plus elderly woman living alone."

Sedillo-Lopez says this bill was written to protect children who may have been punished simply for being in the wrong place at the wrong time.

"There are so many stories about people who were convicted his children who weren’t even the primary perpetrators," she said.

Sponsors say SB 43 is backed by research into brain development and low recidivism rates for children who end up in jail. It does not aim to ease up on kids who commit severe crimes.

"So some of the most heinous crimes, particularly crimes against police officers, are very unlikely to be out in 15 years," said Sedillo-Lopez.

If SB 43 is signed into law, it would allow youthful offenders – who are sentenced to life – to be eligible for parole after 15 years instead of 30.

The National Organization of Victims of Juvenile Murderers set up a petition to block SB 43, gaining more than a thousand signatures.

The bill’s next committee hearing is set for Thursday afternoon. 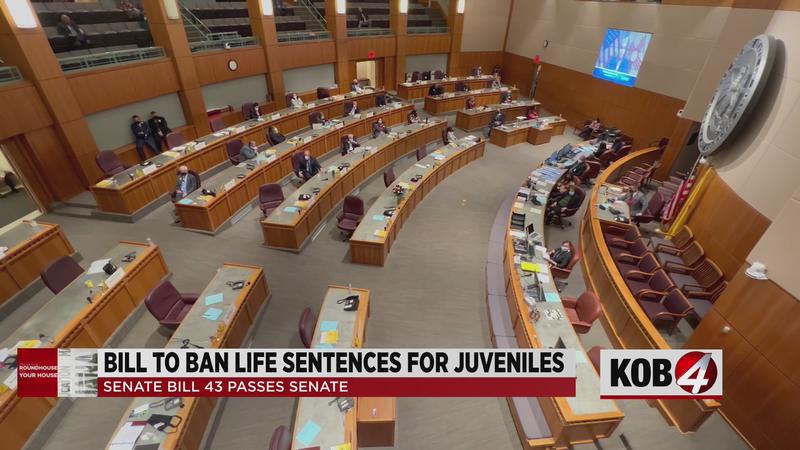