ALBUQUERQUE, N.M. — Critics of New Mexico’s public health orders are raising concerns over how much say the state’s legal team has in creating those orders.

The deposition, which was given Feb. 8, was part of a civil case involving trampoline gym owners who sued the state over the public health order. Under the order, those gym owners were required to keep their businesses closed during the pandemic.

When asked, Collins told attorneys that the state’s legal team was involved in crafting the public health order.

"The legal department working with whoever has served as secretary and now me, yes,” Collins replied. 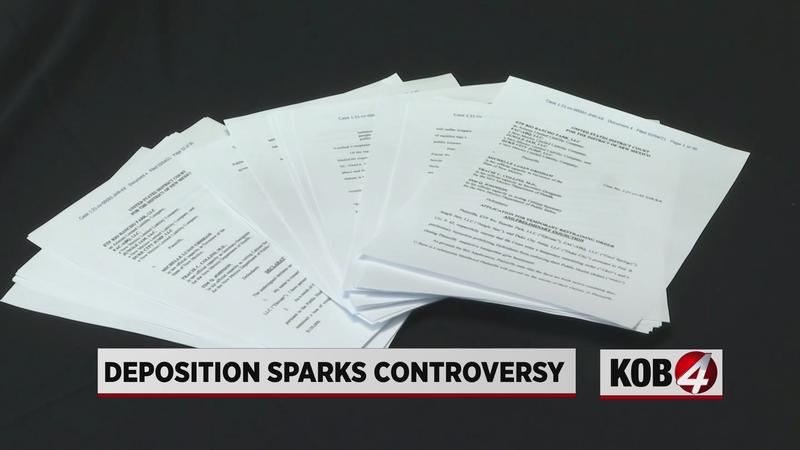 Attorneys also asked Collins if the state’s public health order took into consideration how businesses were being affected.

“The public health orders are to contain or reduce the spread of COVID,” she responded.

A spokesperson with the New Mexico Department of Health denied KOB’s request for an interview with the secretary, however Dr. David Scrase responded to a question about attorney-involvement during a press conference on Wednesday.

"Just a reminder that the governor really makes the final decision on everything that’s in these public health orders, and with changes, she’s involved to a very, very great degree and asks a lot of questions, which I really admire about her,” he said. “I have never felt like there was an abandonment of the scientific perspective at all."

A spokesperson from the group sent KOB 4 a statement that reads in part, “Secretary [Collins] places significant reliance on the department of health’s legal staff when crafting the public health orders.”

"It’s the first time I’ve ever heard that. Before and based on a year and month of experience, it’s never occurred to me that lawyers having influence, but now that you bring up the question, I’m certain that they’re not,” Dr. Scrase said.

The current public health order remains in effect until May 7.

To read a transcript of the deposition, click here.